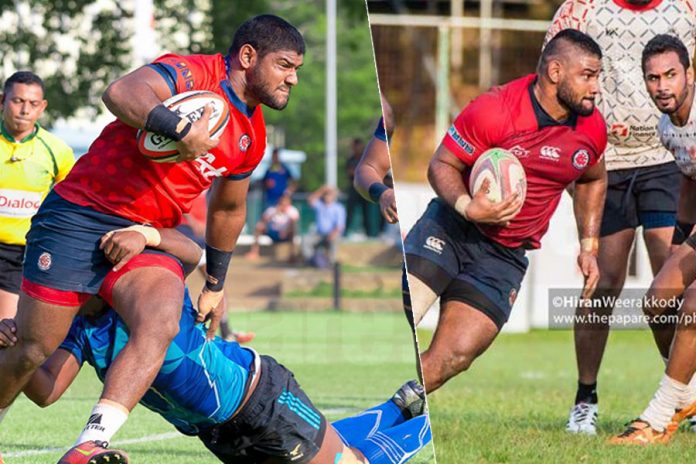 Ceylonese Rugby & Football Club’s Captain Omalka Gunaratne, and Team Manager Sheik Hussain have been suspended from all forms of rugby effective from the 13th of March 2020, as a consequence of them abandoning a Dialog Rugby League match in progress, without prior consent of the match referee.

CR & FC hit a historical low on the 1st of March 2020 as they decided to walk off the field during the 65th minute of the Dialog Rugby League game against Police SC, citing issues as the match commissioner on duty stopped CR skipper Omalka Gunaratne from making his way on to the field after the match-day doctor declared that he was suffering with highly contagious  conjunctivitis.

CR & FC are OFFICIALLY OUT

However, after several meetings and discussions, the Disciplinary council of Sri Lanka Rugby imposed sanctions on CR & FC at the emergency council meeting held on the 16th of March 2020. CR has been suspended from participating in any further matches at the Dialog Rugby League and have been charged a Financial penalty of LKR 350,000.

Nevertheless, CR’s utmost concern would be their captain for this year Omalka Gunaratne, who was also appointed the National 15s skipper last year, receiving a suspended sentence, an 8-week (8 matches) suspension, suspended for 12 months from any form of Rugby. Omalka has been one of CR’s key players ever since he made his way to the Club Rugby Arena, being handed the captaincy reigns as a reward for his outstanding performances throughout.

NO Super Round, Kandy clinch 6th back to back League!

Further, CR’s Team Manager, Sheik Hussain has also been suspended from all forms of the game for a period of 12 weeks (12 Matches).