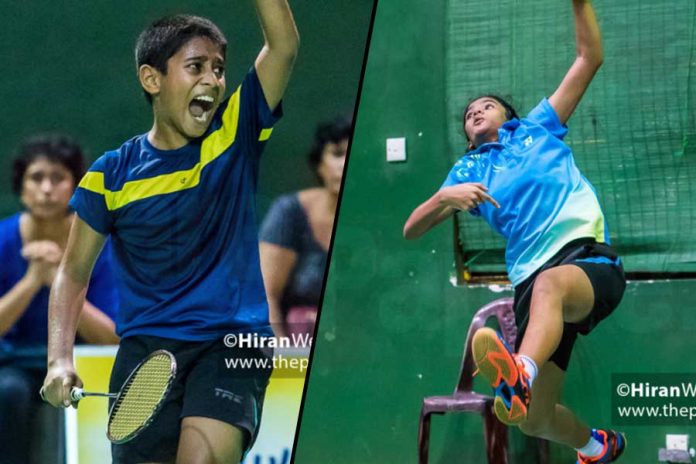 The Sri Lanka junior Badminton players performed  well during the World Badminton Championships, which is currently in progress at Markham Pan Am Centre Toronto, Canada.

The Sri Lankan team comprised of 13 players entered the main draw after defeating Kenya and Faroe Islands and also received a walkover from Algeria at the round robin stage. They got off to a poor start against India, losing two singles, two doubles and a mixed double match to go down 5-0.

However the youngsters came back strongly to beat Kenya and Faroe Islands with commanding 5-nil victories as they also received a walk over from Algeria to finish in second place in group “E”  behind India.

Soon after the drubbing of Kenya, the Faroe Island shuttlers had to face more difficulties from the Sri Lankans as they lost all five matches in their Group E encounter. Dumindu Abeywickrama beat Jonas Djurhuus 21/12, 21/19  while Dilmi Dias defeated Alma Peterson 21/8, 21/8 without any fight. Sewmina Gunatilleka and Gavin Moragoda defeated Arnt Myrani and A.M Jakobson 21/11, 21/16 while Jananuwani Amanda and Hasini Ambalangodage defeated Almi Kensoottr and Sissai Thomsen 21/7, 21/16. The mixed double match was won by Chamath Dias and Dilmi Dias defeating A.Myrini and L.M Johnson 21/10, 21/5.

The Sri Lankan team advanced to the league round with these victories and they are also scheduled to play individual events in this world junior tournament.