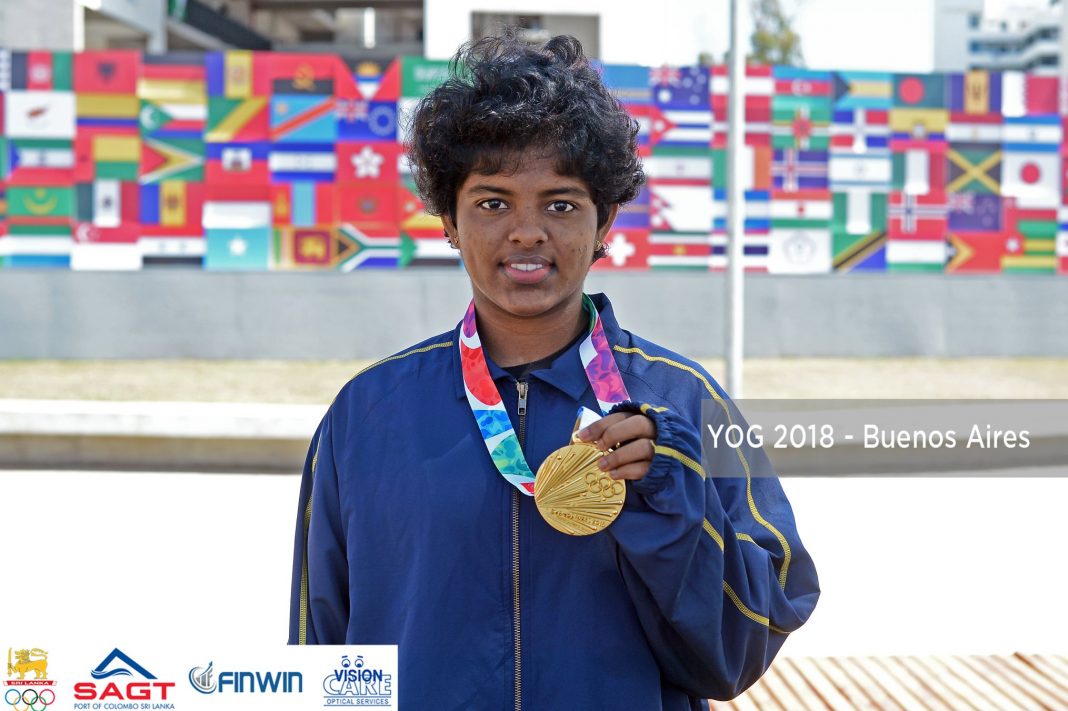 Despite a group stage exit in the Women’s singles event at the Youth Olympic Games 2018 in Buenos Aires, Argentina, young shuttler Hasini Ambalangodage managed to claim a medal for herself in the Mixed International Team event.

Read about Hasini’s start at the Youth Olympic games 2018

Competing as part of MIX Alpha, Hasini was given the opportunity to play alongside many young shuttlers from all over the globe. The mixed team event is an event that makes the YOG special, featuring in many Games prior to this, fostering teamwork and friendship across borders.

Hasini Ambalangodage off to a good start in Buenos Aires

8 teams competed in the event during the course of the last week as they progressed from the group stage to the quarterfinals, the semifinals and eventually the final.

In the group stage of the event, MIX Alpha managed 2 wins in their 3 ties as they progressed to the quarterfinal. Facing off against MIX Gamma, Alpha managed to win 110-94. Ambalangodage had mixed results in the tie, winning her Women’s Doubles matchup (partnering Maria Delcheva of Bulgaria) against Fernanda Saponara (Peru) and Halla Bouksani (Algeria) but losing her Mixed Doubles match, alongside Vanthoun Vath (Cambodia) to Joel Koh (Singapore) and Fernanda Saponara (Peru).

MIX Alpha continued to gather momentum in the semifinal tie, beating MIX Theta 110 – 90. Ambalangodage had a better time of things this time, winning both her Women’s Doubles and Mixed Doubles matches, alongside Delcheva and Vath, 88-76 and 55-43 respectively.

The big final saw Ambalangodage partnering up with Lakshya Sen of India for the Mixed Doubles match which the pair won 88-83 against Thi Anh Thu Vu (Vietnam) and Oscar Guo (New Zealand).

The final match of the event saw Ambalangodage and Delcheva face off against Leonice Huet (France) and Thi Anh Thu Vu (Vietnam) of MIX Omega. After a tough fight, MIX Alpha’s pair was able to win the match 110-106 and with it the Championship Gold.

*The result of this event will not count in the respective countries’ medal tally.