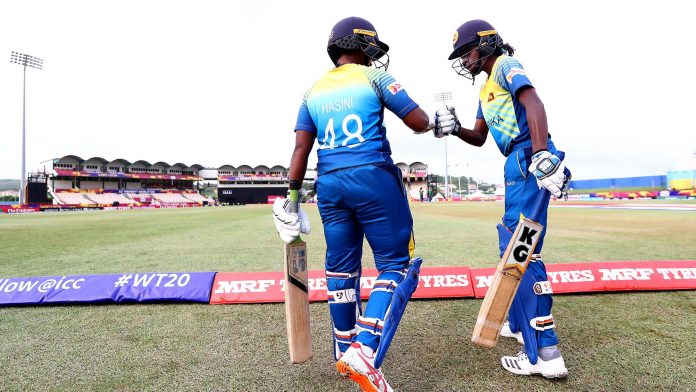 Victory over Bangladesh and a no-result against England meant Sri Lanka won’t have to qualify for the World T20 2020, but losses against South Africa and the Windies ensured their campaign ended in the group stages.

Sri Lanka’s campaign got off to a damp start, with heavy rain causing their game against England to be abandoned without a ball bowled.

They were then razed by the pace of Shabnim Ismail, who claimed three victims, all bowled, as Sri Lanka slumped to 99/8 against South Africa. Though they struck with consecutive deliveries across the first and second overs in the chase, the Proteas completed a seven wicket win.

Bangladesh limited them to an even smaller total, Jahanara Alam taking three wickets to keep them to 97/7. They rallied in the defence however, with Chamari Athapaththu claiming 3/17 and Shashikala Siriwardana 2/10 – to go with a vital 31 earlier in the day – as Bangladesh were bowled out for 72.

Sri Lanka finally reached three figures in their final game, with Athapaththu standing out for her 35-ball 44 but their 104 paled in comparison to Windies’ 187/5. The top order of Hayley Matthews, Deandra Dottin, and Stafanie Taylor – all of whom scored more than 40 at a strike rate above 140 – proved too hot for them to handle.

Apart from the honour of being part of women’s international’s millionth ball, as heartening that was, in snatches, Sri Lanka suggested they could compete, with at least one performance from each game lifting them. Siripali Weerakoddy and Udeshika Prabodani combined well at the start of South Africa’s innings, while Oshadhi Ranasinghe managed to claim tight figures of 1/21 even as the Windies batters wreaked havoc elsewhere.

The class of Siriwardana and Athapaththu is long established, but for them to put in match-winning performances against Bangladesh and contribute elsewhere re-emphasised their value. There are players with the capability to trouble the top sides, and if Sri Lanka can string together a few performances, they may prove a handful in future.

Sri Lanka’s batting has often been their Achilles heel, and it was so again in the Caribbean. Totalling less than 300 runs across three innings, with a high team score of just 104 made for sorry reading.

Just three of their players averaged more than 11 with the bat, and no one scored at more than a run a ball. Athapaththu and Siriwardana did the best they could to repair the damage, but considering besides them those in the top five averaged 6.67, there was only so much they could do.

Sri Lanka’s third group fixture against Bangladesh was worked off at Saint Lucia a few hours ago, as the reigning Asian.. 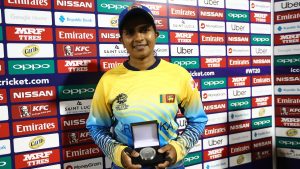 As she so often does, Shashikala Siriwardana stood up when few of her team mates did, with both bat and ball. She was joint-leading wicket taker for Sri Lanka, and one off being joint-leading run-scorer as well.

When Sri Lanka’s campaign was alive, she was world-class, top-scoring in their first two games and claiming brilliant figures of 3/22 across eight overs against Bangladesh and South Africa, before the Windies put a dent in her numbers.