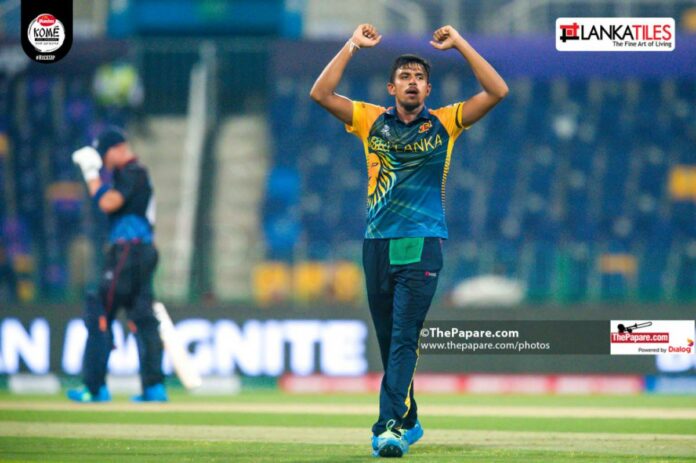 Sri Lanka got their World Cup campaign off to the perfect start, defeating Namibia by 7 wickets in their group A fixture today (18th). Here are some of the talking points from the game. 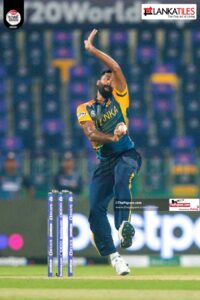 Sri Lanka took the bold and uncharacteristic decision to play two out and out quicks in the game, in Dushmantha Chameera and Lahiru Kumara. The pair bowled with some serious pace, hitting the mid to high 140kmphs consistently. It was clear that Namibian batters were not accustomed to facing speeds like which Chameera and Kumara produced and copped a few blows during the innings.

Chameera has been consistently good for Sri Lanka over the last 18 months, but it was Kumara’s performance that was most encouraging. The ‘gasman’ finished with figures of 2/9 in his 1st T20I international since March 2020. 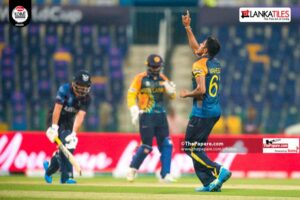 Him bowling in the powerplay immediately put the opposition on the back foot, giving Sri Lanka the opportunity to put Namibia under pressure as he sent the openers packing within the 1st 6 overs. According to Criclytics, Sri Lanka’s most impactful overs were the two Theekshana bowled in the Powerplay (3rd & 6th) 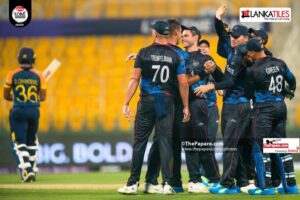 It was yet another unconvincing display by Sri Lanka’s top order – which fortunately did not have an impact on the result of the game, thanks to the team’s bowling effort. The 2nd openers slot and No. 3 spot will definitely be a cause for concern for the Sri Lankan think tank as Pathum Nissanka and Dinesh Chandimal’s innings did not inspire any hope.

Sri Lanka have been unable to settle on those two spots since the series against South Africa and Nissanka only secured his place as opener thanks to a half-century in the 2nd warm-up game.

Nissanka seem to be an option Sri Lanka will stick to, having been given an extended run over the games in Oman and the official warm-ups but it will be interesting to see if Sri Lanka will switch out former captain Chandimal.

Unfortunately, for them, the available replacements, Dhananjaya de Silva and Charith Asalanka, have also not looked in good touch in the recent past – however both also offer an extra bowling option.

Sri Lanka’s success in the tournament may well depend on how soon they can sort out their problems at the top of the order. If the pitches behave like they did during the IPL, then the powerplay is going to be of critical importance – meaning Sri Lanka will need to find a way to make it count up top instead of relying on the middle order to bail them out. 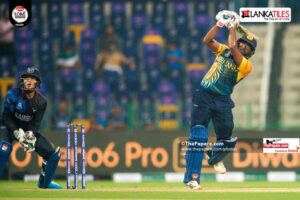 A month ago, Avishka Fernando was opening the batting and Bhanuka Rajapakse was batting at No. 3. Those were the roles they were expected to occupy come the world cup too. However, the arrival of Mahela Jayawardene has seen Sri Lanka test Fernando at No. 4 and he’s taken to it like a duck to water.

Rajapakse too seems to have settled well into the role handed to him, with a couple of good knocks leading up the tournament. His hitting ability was on show against Namibia where he bided his time before unleashing with 2 sixes and 4 fours – taking the pressure off Fernando who took his time getting going. He rode his luck too, having been dropped at fine leg on 18.