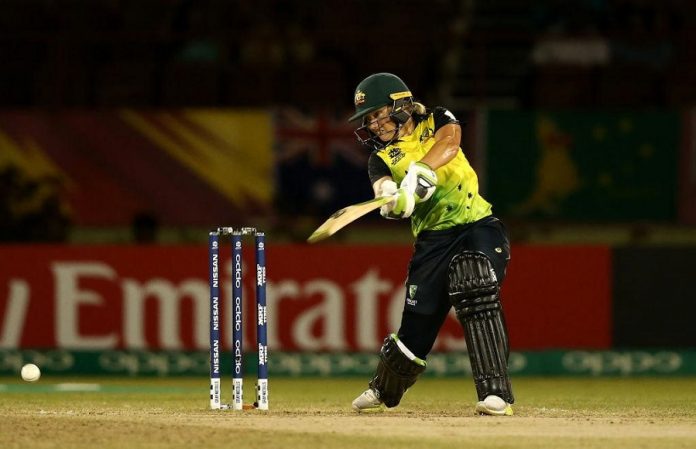 New Zealand slipped to their second defeat of the ICC Women’s World T20 2018 – this time to Australia – to put their hopes of progressing to the next round in serious doubt.

After Alyssa Healy smashed her second half-century of the tournament for Australia, and despite a fightback from their bowlers, it was no go for New Zealand as they went down by 33 runs.

Once Meg Lanning chose to bat at Guyana National Stadium, Healy and Beth Mooney got off to a trademark blazing start. Healy, dropped on 11, made the White Ferns pay, going on to bring up her second half-century in a row.

It wasn’t the only stutter on the field for New Zealand. They pulled things back through Leigh Kasperek, who picked up three wickets and combined well with the pacers to rob the Australian innings of some momentum.

Chasing Australia’s considerable 153/7, a clutch of wickets in the first three overs to be 13/3 was a huge setback. Apart from a stand with Katey Martin, Suzie Bates got no support, and New Zealand folded for 120 for a 33-run defeat.

With this result, Australia became the first team to qualify for the semi-final. New Zealand have two more games to play, against Pakistan and Ireland. However, having lost to both India and Australia, who both are undefeated – though India have played only two games – they are fourth on the Group B table and will need other results to go their way to progress.