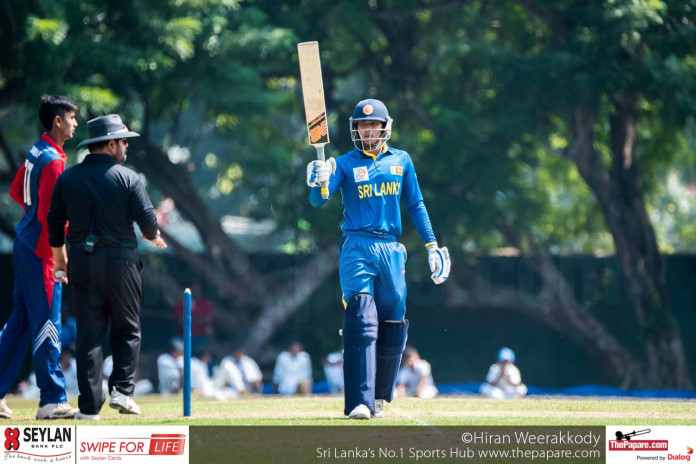 Being ask to bat the Lions put up a solid performance with the bat as Hasitha Boyagoda led the way for the visitors with a magnificent ton and skipper Shanogeeth Shanmuganathan made a valuable half ton to put the visitors in a strong position at close of play as they declared their innings on a  high note at 321 for 6 wickets.

Maris Stella College took major honours in the opening day of the traditional encounter against Gurukula College which began in Katuneriya. Sri Lankan youth cap Lasith Croospulle top scored with 83 runs for the lads from Negombo as they posted 205, while Pruthuvi Rusara grabbed 6 wickets for the visitors. In reply the visitors got bundled out for 144 as Pasindu Ushetti claimed four scalps to restrict the visitors.

The hosts winning the toss batting first put up a formidable total as off spinner Sajith Sameera took yet another five wicket haul for Zahira College in a traditional game which commenced today at President’s College grounds. In reply the visitors were struggling as they lost 6 wickets at close of play.

Mahesh Theekshana and Chamindu Wijesinghe shared eight wickets for the lads from Kotahena as the visitors were knocked out for a below-par 134 inside 40 overs in a traditional game which started today in Kotahena. In reply the home team were in a strong position at close of play thanks to a solid contribution by Shihan Fernando who remains unbeaten with a classy 85 with the bat.