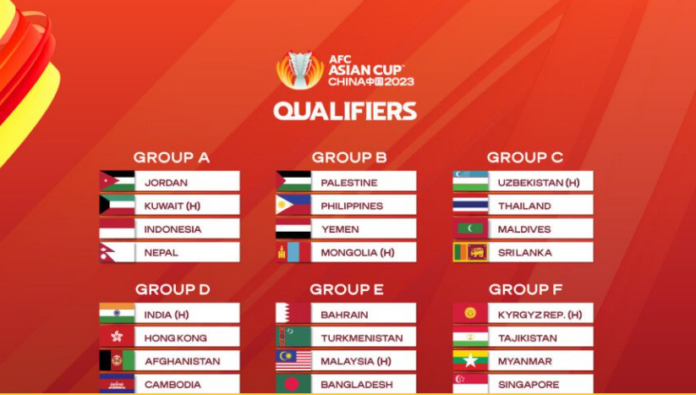 The AFC Asian Cup China 2023 Qualifiers Final Round promises to be a thrilling affair with the 24 teams learning their opponents on Thursday.

Kuwait, the only former winners in the draw, will host Group A with Jordan, Indonesia and Nepal for company.

Mongolia, who have never qualified for the AFC Asian Cup™ will host Palestine, Philippines and Yemen in Group B.

Uzbekistan, who have qualified for every edition of the AFC Asian Cup™ since 1996, will be looking to continue their run when they host Group C with Thailand, Maldives and Sri Lanka their opponents.

India, the Group D hosts, will have Hong Kong, Afghanistan and Cambodia to contend with in their bid to qualify for a second successive AFC Asian Cup™.

Group E hosts Malaysia, seeking to qualify for the AFC Asian Cup™ Finals for the first time since co-hosting the continental showpiece in 2007, will have to navigate past Bahrain, Turkmenistan and Bangladesh.

Kyrgyz Republic, who created history by qualifying for their inaugural AFC Asian Cup in 2019, will host Group F with Tajikistan, Myanmar and Singapore.