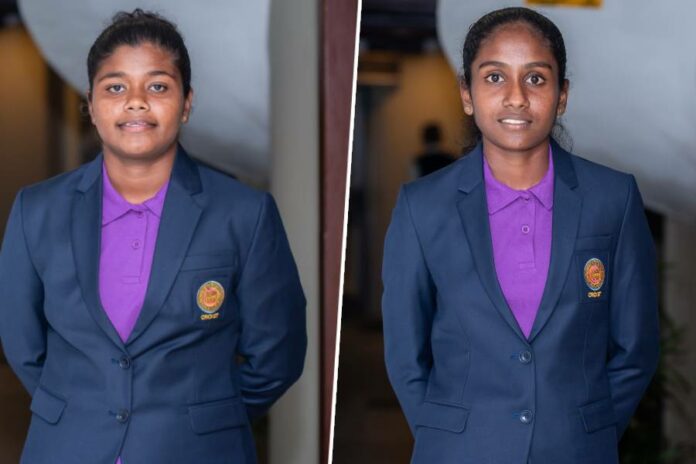 Sri Lanka beat West Indies by 6 wickets in the 3rd match of Quadrangular U19 Women’s T20 series held in India.

West Indies opening pair Shunelle Sawh and Trishan Holder gave a decent start to the innings, putting on 32 runs for the first wicket, before Vihara Sewwandi struck in the 7th over of the innings. Sri Lanka managed to fight back as Sewwandi picked up her 2nd wicket, dismissing West Indies No. 3 batter Djenaba Joseph for just 5 runs.

Sri Lankan bowlers continued to put pressure on the West Indies batters as the Cambrians were restricted to just 95/3 in the allotted 20 overs. Sewwandi was the pick of the bowlers for Sri Lanka as she grabbed 2 wickets for 20 runs.

Chasing 96 runs to win, Sri Lanka got off to a shaky start, losing their Skipper Gunaratne for just 1 run in the 2nd over of the innings.

Sri Lanka will play their 2nd game of the tournament against West Indies on the 15th November at the same venue. The opening batter Sumudu Nisansala’s blistering knock put Sri Lanka in the driving seat in the run-chase.

Nisansala stroked 33 runs off 16 balls with 8 fours at a strike rate of 206.25. Manudi Nanayakkara also played a crucial knock of 22 runs off 28 balls as Sri Lanka crossed over the line quite comprehensively in the 16th over with 6 wickets in hand.

With this win, Sri Lanka register their first victory of the tournament and will take on strong India (A) team in their 3rd game on the 17th of November at the same venue.