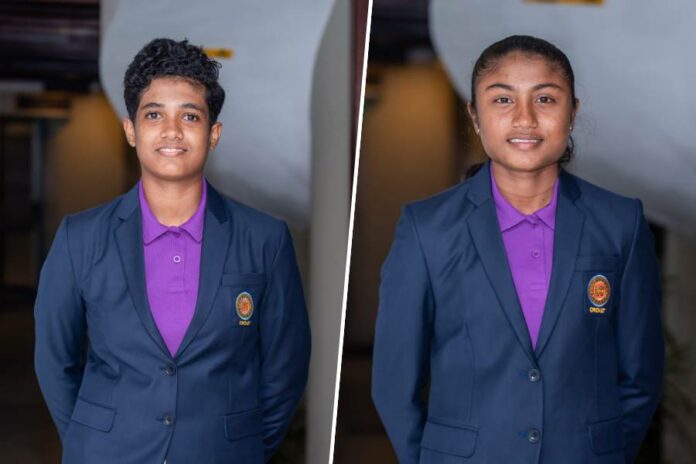 India ‘B’ beat Sri Lanka by 12 runs in the 2nd match of the Quadrangular U19 Women’s T20 series held in India.

Sri Lanka get off to a good start with the ball as the opening bowler Rashmi Nethranjali dismissed Indian opening batter Bristi Maji in 4th over of the innings, for just 4 runs.

The opening batter Ishwari Savkar and No. 3 batter G. Trisha rescued the Indian innings adding 72 runs off 68 balls for the 2nd wicket.

Trisha top scored for India with a knock of 49 runs off 38 balls with 9 fours while Savkar chipped in with a useful 30 runs as the hosts posted 125/5 in the allotted 20 overs.

In reply, Sri Lankan opening pair Gunaratne and Sumudu Nisansala got the team off to a decent start putting 29 runs in 4.2 overs for the first wicket. But both the opening batters lost their wickets in quick succession which pushed Sri Lanka onto the backfoot.

Sri Lanka’s No. 4 batter Nethranjali and No. 5 batter Manudi Nanayakkara showed great resistance with fighting knocks of 20 & 33 runs respectively but there wasn’t enough support from the rest of the batters as Sri Lanka went down fighting for India by 12 runs in their first game of the tournament.

Sri Lanka will play their 2nd game of the tournament against West Indies on the 15th of November at the same venue.