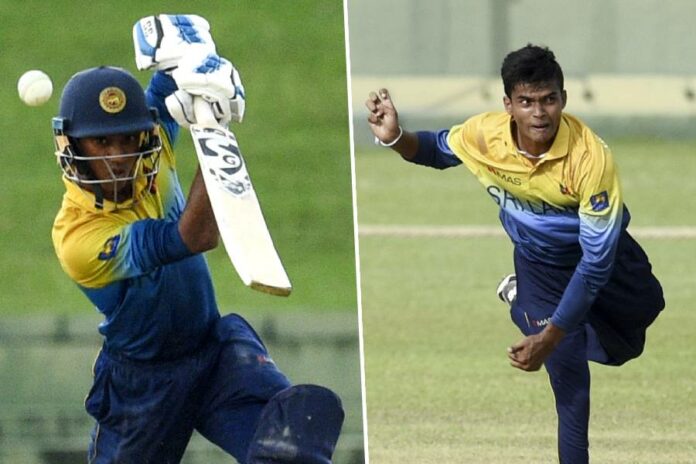 Sri Lanka youth skipper, Dunith Wellalage and his deputy, Raveen de Silva, led the team as their outstanding contributions earned Sri Lanka their fourth win of the Bangladesh U19 tour of Sri Lanka.

Batting first, Bangladesh U19 posted a modest 224 runs for the loss of 8 wickets. The Bangladeshi batters failed to capitalize on the starts they got and that resulted in them falling well-short of a good enough total.

Opener Mahfijul Islam (34) and number 4, Aich Mollah (37) both worked their way to thirties and dropped the ball.

It was quite the same story with the skipper, Meherob Hasan (52) and middle-order batter Ariful Islam (50), who scored half-centuries with great resistance to the pressure the Lankan bowlers exerted on them

The Lankan skipper, Dunith Wellalage was on song as he bagged 4 wickets for 45 runs with his lovely left-arm spin.

Replying to the modest score, Sri Lankan batters too had a few hiccups as the game dragged till the last over.

Vice-captain of the team, Raveen de Silva was the star with the bat as the right-hander amassed a stylish 88 runs with 9 fours and a glorious six.

The highest scorer of the previous game, Shevon Daniel, kept going for his shots but unfortunately his innings had to come to a close without much to show for.

Thanks to Sri Lanka’s batting depth the Islanders were able to get over the line just in time.

Mushfik Hasan was the top wicket-taker of the day for Bangladesh as he claimed 3 scalps, giving away 39 runs.