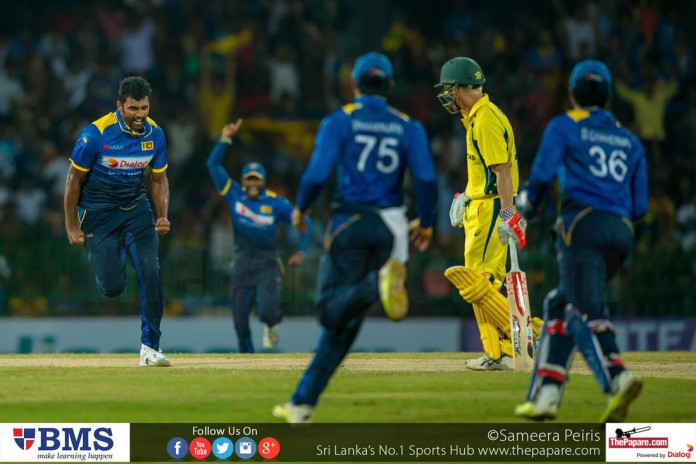 Sri Lanka’s Thisara Perera has been fined 15 per cent of his match fee while Mitchell Starc of Australia has received an official reprimand for breaching the ICC Code of Conduct in separate incidents during the second One-Day International in Colombo on Wednesday.

Perera was found to have breached Article 2.1.7 of the ICC Code of Conduct for Players and Player Support Personnel, which relates to “using language, actions or gestures which disparage or which could provoke an aggressive reaction from a batsman”, while Starc was found guilty of violating Article 2.1.1, which deals with “conduct that is contrary to the spirt of the game”.

After the conclusion of the match, which Sri Lanka won by 82 runs to level the five-match series, both the players admitted the offences and accepted the sanctions proposed by Javagal Srinath of the Emirates Elite Panel of ICC Match Referees. As such, there was no need for formal hearings.

The incident involving Perera happened during Australia’s run-chase when the fast bowler, after dismissing David Warner, used language and displayed actions which could have provoked a reaction from the Australia opener.

As regards Starc, the incident happened earlier in the day in Sri Lanka’s innings when the left-arm fast bowler, after completing his third over, threw the ball in the direction of Dinesh Chandimal who was inside the crease at the striker’s end and not attempting a run.

All Level 1 breaches carry a minimum penalty of a reprimand up to a fine equivalent to 50 per cent of a player’s match fee.