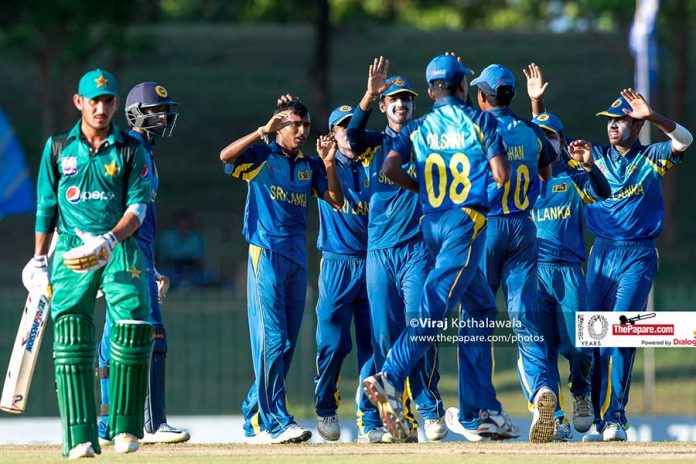 The 15-member Sri Lanka U19 squad for the upcoming U19 ICC World Cup 2020 which will commence on 17th January in South Africa was released to the media by Sri Lanka Cricket.

The squad will be led by Nipun Dhananjaya from St. Joseph Vaz College, Wennappuwa, while the trio who weren’t a part of the Bangladesh tour due to disciplinary issues, Kamil Mishara, Ahan Wickramasinghe and Ashian Daniel have also been selected after their successful outing in the Caribbean.

The left arm seamer from Hungama Vijayaba College, Dilshan Madushanka will make a return to the squad after his omission from the Youth squad that traveled to the Caribbean tour due an injury. Young pace sensation, Matheesha Pathirana from Trinity College, who made the headlines for his Malinga-like Slingy action has also been added to the squad. The unlucky ones to miss the U19 World Cup 2020 out of the squad that toured the Caribbean are Yasiru Rodrigo (S Thomas’ College) and Naveen Fernando (Maris Stella College)

Apart from Madushanka and Pathirana, Sri Lanka’s fast bowling unit will be bolstered by the presence of Amshi de Silva from Richmond College and the experienced all-rounder from Nalanda College, Chamindu Wijesinghe. These four players will have to create a major impact if Sri Lanka are to make a statement in the World Cup on seamer-friendly South African pitches.

Wrist spinner Kavindu Nadeeshan who was a deadly sight for young West Indies and English batsmen in the Caribbean tour will join the ‘spin gang’ with Sonal Dinusha, Dilum Sudeera and Ashain Daniel.

Sri Lanka U19s will compete from Group A in the U19 World Cup where they will have to overcome defending champions India, Japan (who are making their debut appearance in a World Cup tournament) and New Zealand in the group stage. 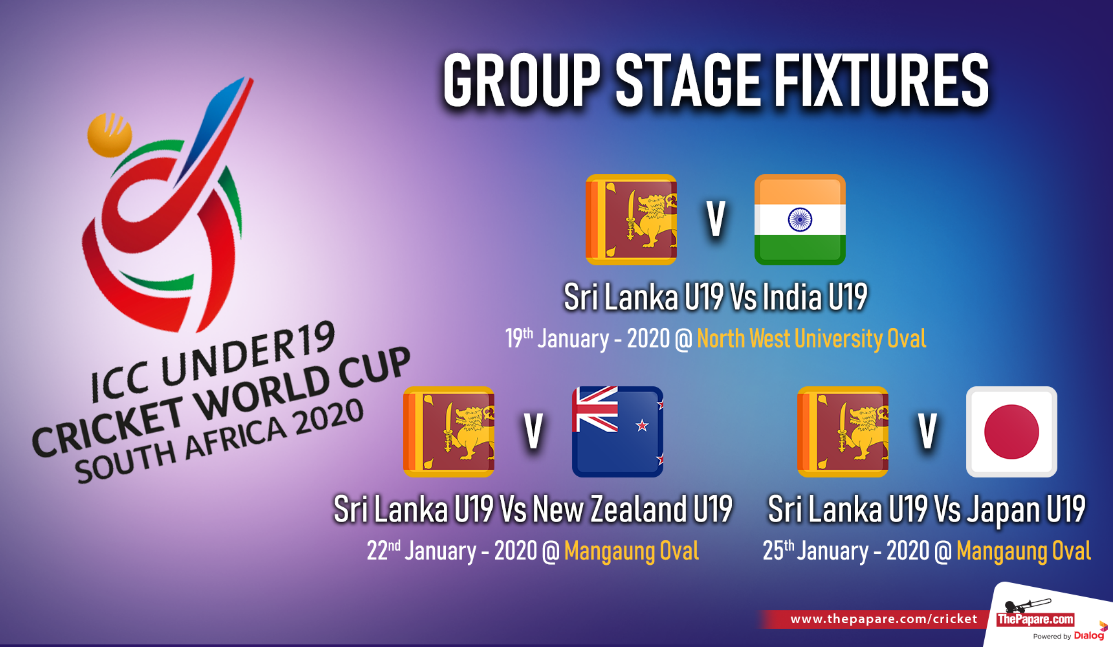 Unfortunately, Sri Lanka have not won an U19 World Cup so far. Since 1988, their best performance was in 2000, where they finished as runners-up in the tournament going down to India in the final at SSC under the captaincy of Malintha Gajanayaka.

Keep it logged on to ThePapare.com for the latest videos, articles, scorecards and updates from the tournament.