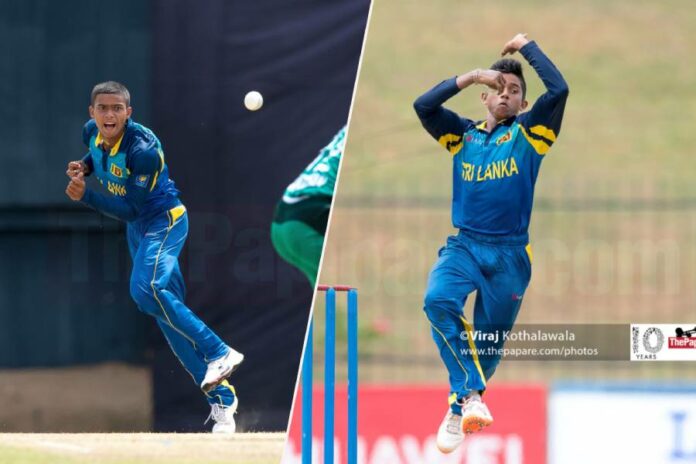 Sri Lanka Cricket will hold a Residential Training Camp for Sri Lanka youth Cricketers from the 12th of July to the 1st of August at Asgiriya Stadium and Pallekele International Cricket Stadium.

The main aim of the training camp is to select a 30-member squad for the upcoming Youth International tours, and eventually a squad for the 2022 U19 World Cup in the West Indies.

Selectors have picked 75 school Cricketers from all around the Island who are eligible to play in the 2022 U19 World Cup, for this training camp. The players will undergo a 21-day training program, which will be held in a bio-secured bubble.

The selected players will be split into 5 squads of 15 each under the names Western Province North, Western Province South, Dambulla, Southern and Kandy. As part of the program, 4 T20 matches and 10 one-day matches will be played among these teams. All games will take place in the two grounds mentioned above.

SLC had plans of playing a U19 Super Provincial Tournament soon after the Schools U19 season was over. The tournament unfortunately had to be scrapped due to the third wave of the COVID-19 virus.

At the time of his appointment, Sudarshana was a batting coach at SLC’s high-performance centre. The former first-class Cricketer is well-known for his excellence in the schools Cricket coaching arena. He coached Richmond College for a very long time, and Dhananjaya de Silva, Wanindu Hasaranga, Charith Asalanka, Dhananjaya Lakshan and Kamindu Mendis are all proud products of Sudarshana.

Alongside Sudarshana, several other skilled coaches of Sri Lanka’s High-Performance Centre are also a part of this  training program.