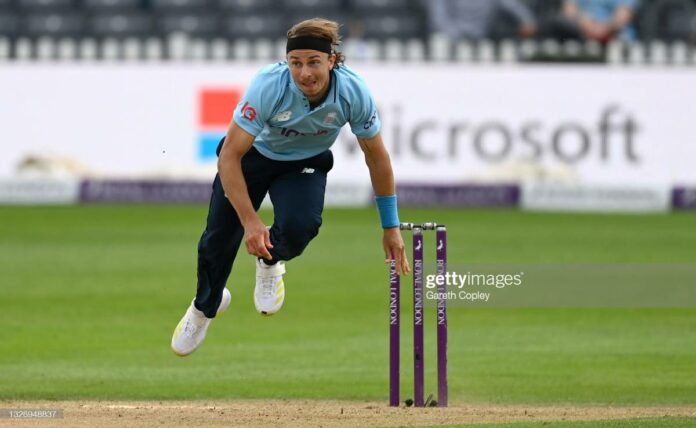 Sri Lanka surrendered for a cheap 166 runs after yet another dismal performance with the bat. The match was abandoned without a single ball bowled in the England innings due to rain.

In the last couple of games, Sri Lanka’s lousy batting had at least one outstanding innings to hide behind. But this game was a disaster. Dasun Shanaka did try to make some remedies but didn’t have enough support from the opposite end.

The first to go was the skipper, Kusal Perera, who threw a flashing blade to a well out of off delivery which took his inside edge and ran into the timber. Chris Woakes had set him up beautifully by dropping his length short for a couple of deliveries before firing in the wicket-ball.

Then wickets kept falling in regular intervals. Avishka Fernando was struck in the pads in front of the stumps, Pathum went fishing at a wide one, Dhananjaya de Silva chased behind a bouncer which went a foot above his head, Wanindu was also rushed back with a short ball while Oshada Fernando danced down the track for Tom Curran and ballooned one straight to mid-off.

By the 21st over Sri Lanka was put on the ventilator at 86 for 6 with Dasun Shanaka being the only lifeline.

Shanaka played a cautious knock worth 47 runs but couldn’t get his team anywhere close to safety. One couldn’t blame him either. He was in danger of running out of partners as Binura Fernando, Sri Lanka’s last hope as someone who could at least handle the bat, departed leaving them stranded at 124 for 8.

Shanaka manoeuvred the tail brilliantly. He made sure he faced most of the deliveries by picking up singles only on the last couple of deliveries.

Tom Curran who had an unfortunate outing in the game came back strongly by picking up 4 wickets for just 35 runs.

Woakes and Willey made early inroads into the Lankan line-up while Curran came in and struck the final blow on their head.

With the game being abandoned, Sri Lanka earned free points in the ODI World Cup Super League but still, will remain at the bottom of the table.