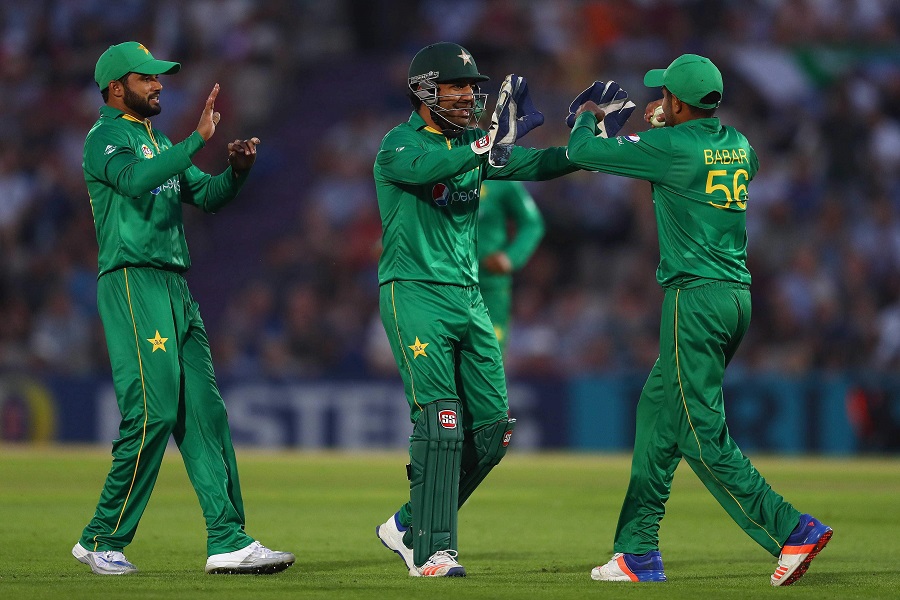 The initial signs were all too rife for Pakistan putting on a repeat insipid performance like the one against India. In the early stages of the seventh game of the ICC Champions Trophy on Wednesday (June 7) against South Africa, Pakistan seemed dispirited in the field; they were devoid of zip in their body language. Once the spinners were summoned, however, it was a different Pakistan that was on the field at Edgbaston in Birmingham. After a clinical effort with the ball that saw them restrict South Africa to 219, Pakistan’s chase was interrupted by rain, as seen a number of times this tournament, but at that stage, they were 19 runs ahead of the par score, and picked up two crucial points by the DLS method.

It wasn’t as straightforward a chase for Pakistan by any means though, who got off to a flier thanks to debutant Fakhar Zaman, racing away to 32 in five overs. It was Morne Morkel’s double strike in his second over that applied the brakes with both openers departing in the space of three balls. A short ball was followed by an off-cutter and Zaman edged it to Hashim Amla at slip for 31 off 23, while Azhar went after a short ball and holed it to Imran Tahir, who sprinted to his left from third man and held on.

What followed thereafter was three successive maidens and 19 dots before the next run was scored as Morkel was fast, varied his lengths and was accurate. Runs were still hard to come by for Pakistan as South African bowlers’ round-the-wicket line was testing the batsmen. Pakistan had reached their 50 in the 13th over with a drizzle returning. Play however, went on undisturbed, but with Pakistan behind the par score.

Babar Azam and Mohammad Hafeez held their ends, but runs were tough to come. Babar then survived a review off Tahir in the 20th over with HawkEye showing the ball going over the stumps. The Pakistan pair started to get a move on thereafter and AB de Villiers recalled his pacer Morkel given South Africa’s dire need for a wicket to stay in the game. And the ace bowler delivered as Hafeez pulled one to Tahir in the deep for 23. In came Shoaib Malik and up went Pakistan’s run-rate. Azam and Malik added 26 runs at better than a run a ball and put Pakistan ahead of the par score before rain intensified and the players left the field with the scoreboard at 119 for 3 in 27 overs. Incessant rain thereafter meant no more play was possible.

After being asked to bowl, Hasan Ali and the spinners did well to restrict South Africa, but couldn’t stop David Miller, who scored his slowest half-century in ODIs, remaining unbeaten on 75 with his crucial runs giving South Africa a total to contend with after having been reduced to 118 for 6 at one stage.

Imad Wasim struck off his second ball with the in-drifter to Amla, who, in the attempt to play across, missed and was hit flush on the pads. Mohammad Hafeez then bowed a full delivery to de Kock in his second over, who missed the flick, and was struck on the back pad. A vociferous appeal was turned down by the on-field umpire. Pakistan deliberated a review, but decided against it. Replays suggested a let off as HawkEye had three reds. Fortunately for Pakistan, they didn’t have to pay a hefty price for the reprieve as Hafeez trapped the wicketkeeper in his next over for 33 after he missed a sweep.

Four balls later, de Villiers copped his first golden duck in ODIs as Wasim’s in-drifter did the South African captain in. There was width on offer that tempted de Villiers, who sliced it straight to backward point, in the attempt of wanting to mow it through point. Faf du Plessis and Miller steadied proceedings with a 29-run stand, but South Africa were pegged back by a triple strike from pacer Hasan, who was held back because the spinners were effective in tying the batsmen down.

Hasan took all but two balls to heed to his captain’s call. It was a spell where his bolts just deviated enough to cause the batsmen problems. Du Plessis was the first to go for 26 after failing to account for the deviation off a back of a length delivery and ended up playing on after being stuck on the crease. JP Duminy then was undone by Hasan’s angle of coming around the wicket. Duminy went for the drive, but ended up with a thick outside edge that was pouched by Babar Azam in the slips. Wayne Parnell, castled off his first ball after having the top of his offstump rattled, had Hasan on a hat-trick. The pacer didn’t get the hat-trick, but ended his first spell of seven overs on the trot with figures of 3 for 18.

Miller did well to hold his end rather stubbornly, and with Chris Morris added vital runs for the seventh-wicket stand that yielded 47. Fortune favoured South Africa with just over ten overs to go, with Miller handed a life after reviewing, while Junaid Khan overstepped to a delivery that crashed into middle stump. Amir bowled yorker after yorker with immaculate accuracy, but the wicket column against his name remained empty.

After Morris holed out to Hasan for 28, Miller reached a half-century, off 83 balls; his brave innings was devoid of risk, but game plan was adept as he stuck to his job of staying in the middle and adding runs with the lower order. Kagiso Rabada (26 off 23) once again showcased his skills with the bat as the pair added 48 off 39 to take South Africa over the 200-run mark.