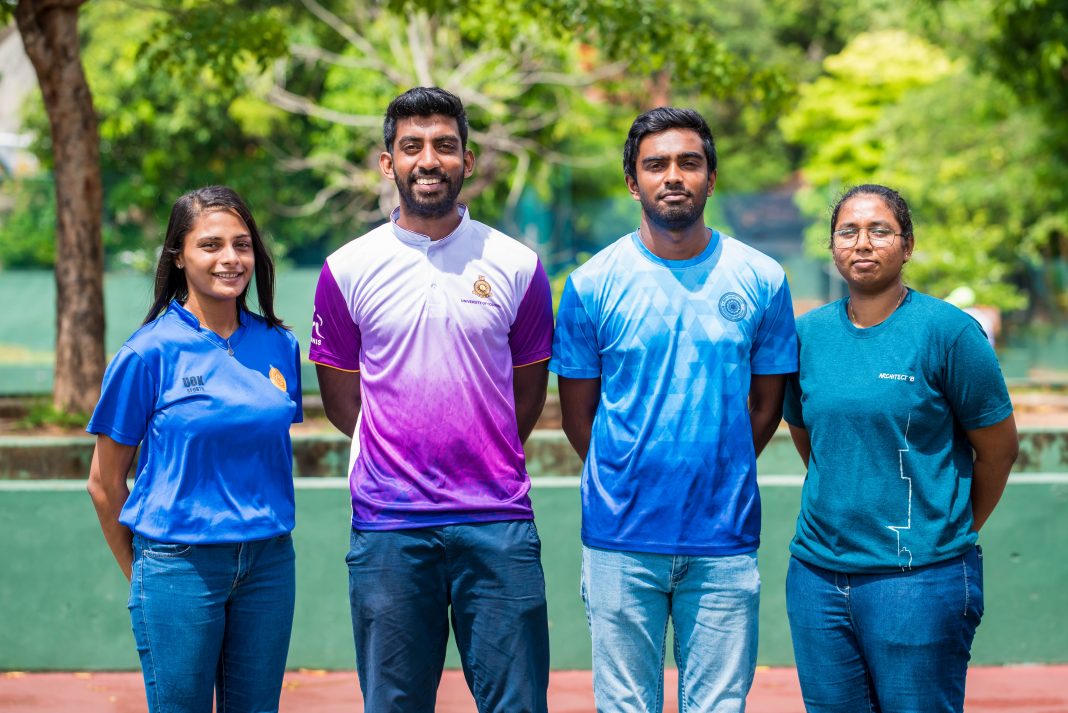 Davis Cup represent, Yasitha De Silva and 3 other players will travel to Napoli, Italy for the 30th Summer Universiade – World University Games 2019, which will kick off on the 3rd July.

Yasitha De Silva has been appointed the captain of the team for this year. De Silva who is a usual sit-in in the National Davis Cup team, has decided to sit 2019 out, citing educational commitments.

The 24-year old student athlete has had an exceptional run in National Tennis thus far. A top member in the National Davis Cup Team since 2015, he has the most experience in the team, in both local and international aspects of the game.

He is a returning player to the Games, having played in the 2017 Universiade team for Sri Lanka. Yashitha has many local accomplishments, including the recent winnings from the SSC Open Ranking Tournament where he was Runner-up in the Men’s Singles and as well many other.

“I participated in the 2017 World University Games but unfortunately didn’t get to win for the country. But the experience from the tour has been really helpful moving forward in my career.

Sri Lanka University Tennis teams haven’t done well in these Games so far; so for me, the main target would be to perform well and get some wins and on the other hand, this is a very rare experience so hoping to gain the maximum out of it” said De Silva ahead of the tour.

Also Read: A hero with a racket and a yellow fuzzy ball

Another returning member of the Sri Lanka University Tennis team, Kavindu Gimhan is an alumnus of the of Ananda College Tennis team. He will make up the Boys team with Yasitha.

“The goal is obviously to win; however, I look forward to giving in all my hard work and determination towards this event and be ready to accept whatever the result I end up with”.

The 21-year old former professional junior tennis player will be making her debut appearance at this years’ Games. She attended Visakha Vidyalaya and has contributed handsomely for many years at All Island and National School level. She also has her fair share of local tournament titles under her belt.

“Goal is to make every point count and make the maximum out of the opportunity that has been given to me”.

25-year old Madushani Rajendra will be the final input for the Sri Lankan team. She is also a returning participant, and this will be her 2nd stint at the Games.

“Last time, I couldn’t perform as well as I’d hoped but the experience taught me a lot about my mistakes and taught me what I need to improve on. It was a great experience playing against international players and representing Sri Lanka.

This time around, I believe I’ve improved myself and it may be tough to win some of these matches but giving it my 100% will make the impossible, possible.”

The tennis matches will commence on the 5th July and will carry through till the 13th July. Stay logged onto ThePapare.com for results and updates from the Games!