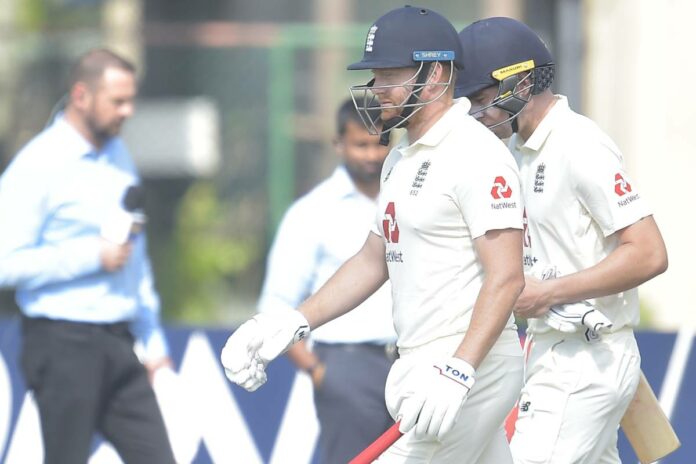 England completed a comfortable 4th innings chase of 73 in the 5th day of the 1st Test match at Galle with only 3 wickets down.

This is England’s 5th consecutive win in Sri Lanka assuring the dominance over the islanders and Sri Lanka have also failed to record a win against England after their famous win at Headingly in 2014.

England had only 36 runs to chase in the fifth day after the early stutter in the last hour of fourth day where they lost 3 wickets. However, overnight batsmen Jonny Bairstow and Dan Lawrence has no troubles clearing the balance in just 9.2 overs registering an easy 7 wicket win for the tourists.

Sri Lanka lost a potential wicket as they failed to review a LBW against Dan Lawrence off Dilruwan Perera’s bowling earlier in the day. Hawk-Eye reckoned that struck in line with off stump and would have hit the top of leg with three reds.

England skipper Joe Root who stuck a brilliant double century was named as the player of the match. The next Test match of the series will commence on 22nd January at the same venue as Sri Lanka will search their first win in the 2021.

Keep it logged in to ThePapare.com for latest updates, news, scorecards, Photos and videos of this series.