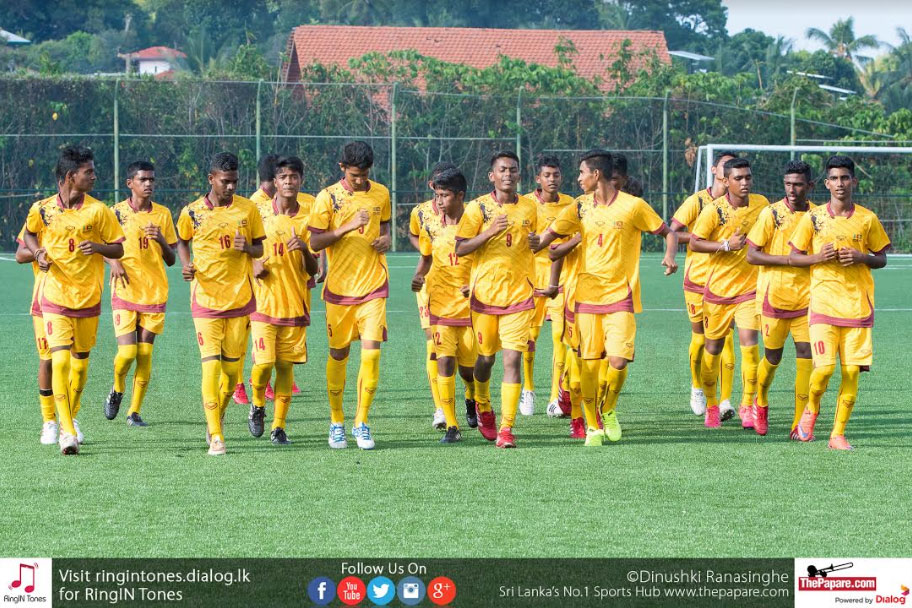 FFSL picked a 30-player preliminary squad back in June which only included 10 players from the squad that participated in the South Asia-Japan U16 Four Nations Tournament back in March this year. Of the 10 players, only 8 have made it to the final squad – Ravikumar Thanujan, Jeewaka Chamod, Mohamed Rikaz, Mohamed Ruskan, Mohamed Aashiq, Nabeel Nizam, Sandeepa Waas and Vishalka Sulakshana.

The 23-player squad comprises of 3 goalkeepers, 7 defenders, 8 midfielders and 5 forwards.

Sri Lanka U15’s will be captained by Sandeepa Waas from Maris Stella College, Negombo. Sandeepa is the brother of former Sri Lanka U19 and Sri Lanka goalkeeper Sanira Waas. Jeewaka Chamod from Maliyadeva College, Kurunegala will be the vice-captain.

There are 3 players from the north and east regions – Ravikumar Thanujan, Ekinam Diniyas and Mohamed Rihan. From the Southern Province, there is Shehan Brayan Weerappuli & Rumes Mendis.

Sri Lanka has been drawn in group A alongside Bangladesh and Bhutan. Group B consists of India, Maldives and Nepal. Sri Lanka’s first match will be played against Bangladesh on 18th while the second match against Bhutan will be played on the 20th at the ANFA Complex in Kathmandu.