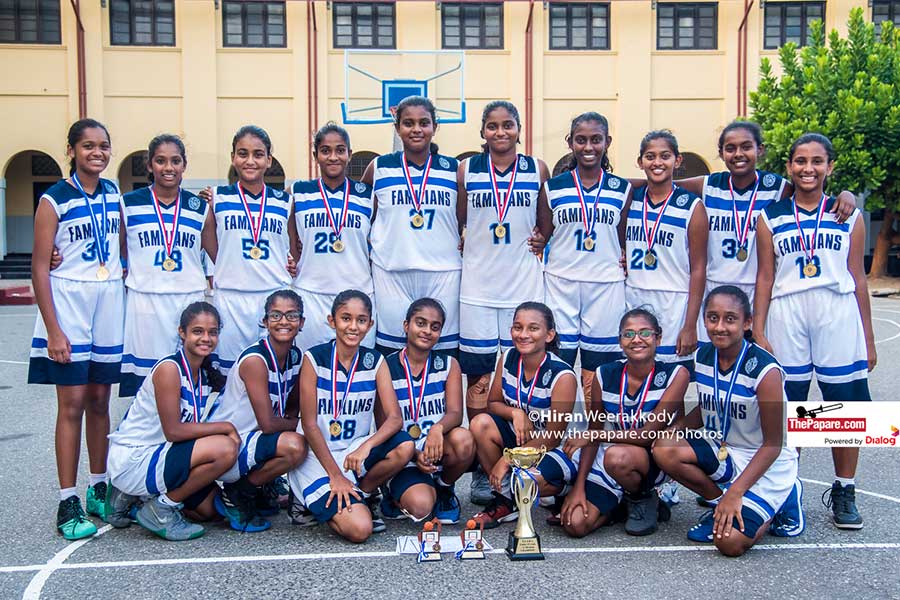 HFC startwd by winning the jump-ball but failed to convert the maiden possession into points. GSC came on strong out of the blocks, scoring the first basket and following it up with another field goal.

Even though HFC failed to score on the first possession, they replied with a dozen rapid points scored within a very short interval, which took the game away from GSC.

In defense, HFC employed the half-court trap and GSC failed to get accustomed to it. The intense defensive pressure completely threw them off their offensive rhythm.

Watch: Good Shepherd Convent in action at the semi-finals

Watch: Holy Family Convent in action at the semi-finals

GSC Coach Susil Udukumbura speaking with ThePapare.com said, “We had a young team for this tournament. Most of this team will remain for our next season as well. Having gained this experience at this final we will definitely put on a better performance at the All Island Girls tournament next year”.

HFC Coach Shane Daniel speaking with ThePapare.com said, “Our girls played a self-less brand of basketball sharing the ball with everyone without focusing on individual merits”.

MSC were the first to put points on the board and dominated the 1st quarter, scoring primarily through their post players. The MSC defense denied the HWC forwards from making lay ups or floaters at the paint area, using their height advantage.

Watch: Mahamaya Girls’ School – Kandy in action at the semi-finals

MSC employed the usual offensive play of a guard feeding the high post and then using cutters to get an open look at the basket. At lemons the scores read, 21-9 in favor of MSC.

Watch: Hill Wood College – Kandy in action at the semi-finals

HWC began to dominate the game during the second half, making a valiant push in that period and narrowing the margin. Even though they managed to win the 2nd half, they fell short by 9 points in the end as they conceded defeat to their inner-city rivals 32-23.

Kisali and Vishmi top scored for MSC while Supuni and Medin topped the cards for HWC.