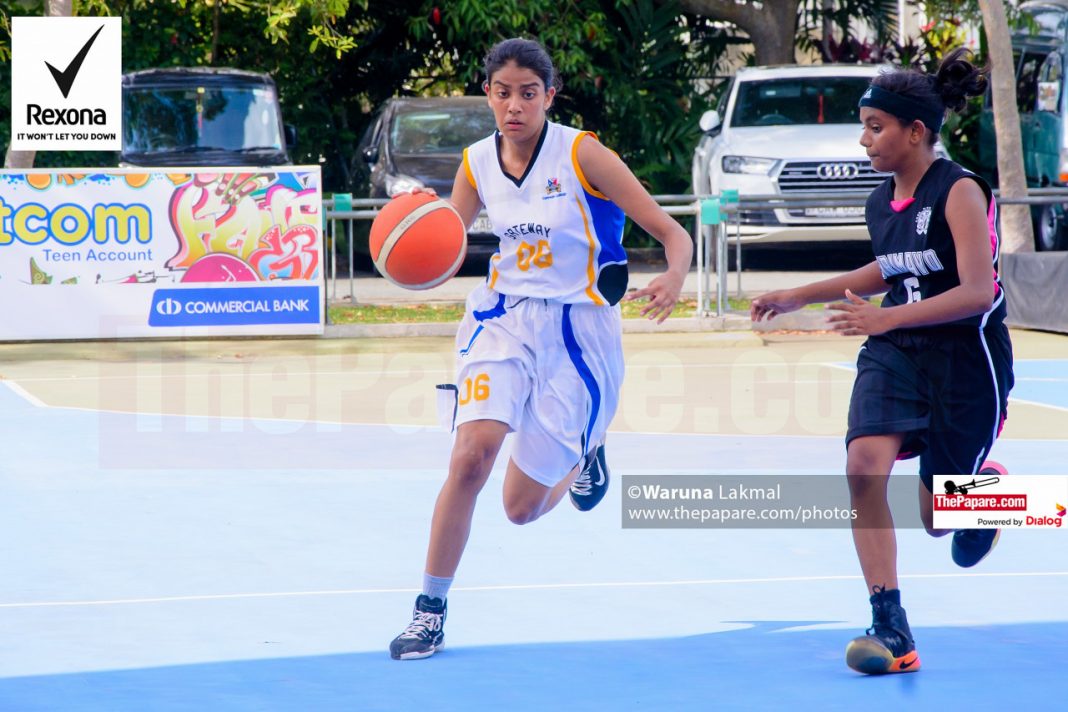 The last day of the preliminary rounds in the girl’s category continued at the Gateway College Basketball Complex with the home team, Gateway College (GCC) recording a win. And St. Joseph`s Girls’ School (SJGS) were awarded a walk over because Dharamashoka College did not participate.

The game tipped off with an easy three for GCC. However, Presbyterian Girls School (PGS) retaliated with back to back layups, but this didn’t keep GCC from gaining an early lead.

It was a rather one-sided affair for the GCC girls, dominating the rebounds and making easy baskets to a get an early lead. Sandali Liyanage of GCC played with ease, managing to dribble past her defenders for easy layups.

Sandali Liyanage kept up her scoring rate in the second quarter as well to give GCC a sustainable margin over PGS. But Ishadhi Wathsala’s 3 pointers helped PGS catch up and tie the 2nd quarter.

The game moved to a faster pace as both the teams were energetic on court. Sandali Liyanage and Aneesha Perera of GCC ran past their defenders to help them pull away from the opposition.

When the last quarter began PGS give a hearty fight at the start, but the strong defense of the GCC girls helped them to hold PGS to a halt.