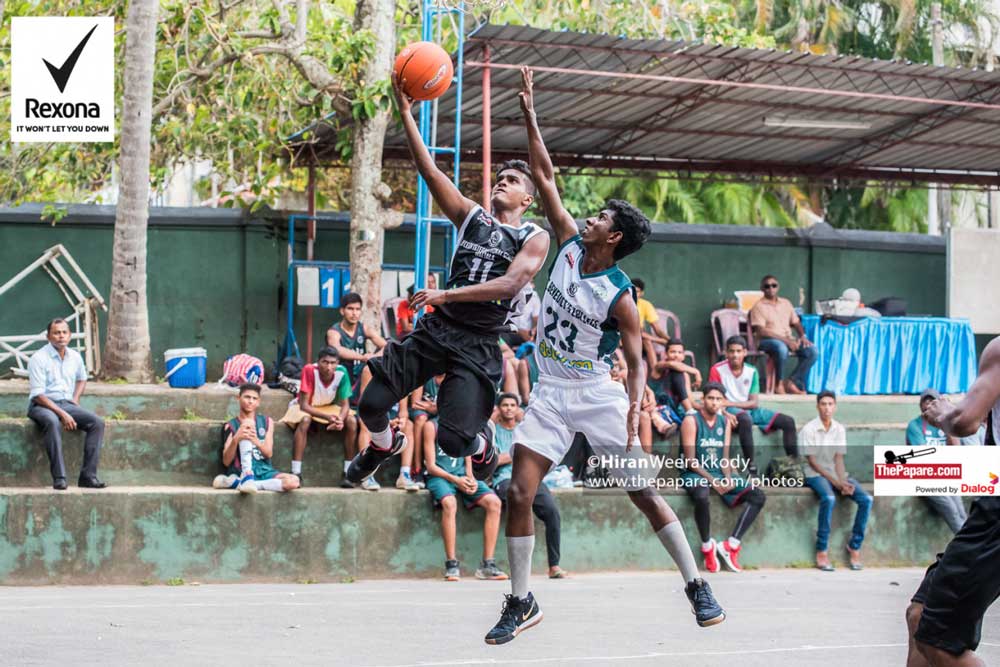 ThePapare Basketball Championship (TPBC18), continued its preliminary stages in the boys` category with the Group B matches being played at S. Thomas’ College. Both Lyceum International School – Wattala and S. Thomas’ College recorded their second wins in the tournament.

STC recorded their second win in the tournament, overcoming Zahira College quite comfortably. With back to back shots cleared by Dunal Fernando in the very onset of the game, they took a 16-point lead into the 2nd half. Even though Rusaik tried to squeeze in some points for ZC, the team was unable to keep up with the Thomians.

STC took possession in the second half but were slow in offense, allowing ZC to collect some numbers. However, the hosts picked themselves up and kept scoring consistently as they doubled their lead to win by 26 points.

LISW started off at a heightened pace but the Benedictines kept up to the pace and didn’t let them get away with the game.

Both teams tried to make the maximum out of possession, however, after a tough tussle in the 1st half, LISW slipped ahead by a mere 4 points going into lemons.

While LISW managed to keep up their pace, with the commencement of the second half the lads from St. Benedict’s started falling back.

Taking advantage of the drained-out Benedictines’ shortcomings, Nimesh Kulathunga along with Evangelo Stephen collected a total of 34 points in the second half alone, giving LISW an easy win.