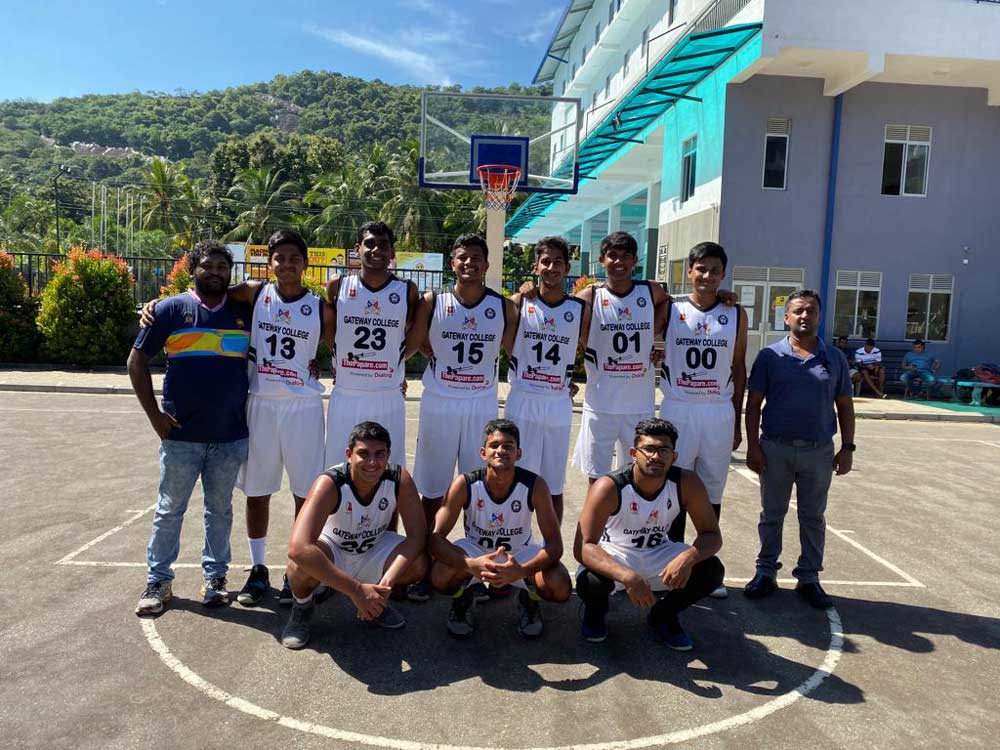 The 2019 edition of the National School Games concluded in Kurunegala, crowning Gateway College as the champions of the U20 boys’ Basketball tournament. St. Joseph`s College – Nugegoda were crowned winners of the U20 girls’ category.

The final of the U20 boys’ category was tipped off between Maris Stella College and Gateway College – Colombo. With both teams equally matched, the final turned out to be a nail biter which went into extra time.

At the end of the final quarter, both teams were on equal footing, scoring 55 points each. During the extra-time period of 05 minutes, it was Mirtesh Thurairajah`s hat-trick of 3-pointers which led Gateway to the win. Finals scores read, 67-64.

In the semi-finals of the tournament, Gateway College went on to beat Jaffna Central College, 80-60, and in the quarter-finals, they beat Trinity College Kandy 59-46.

The U20 girls’ finals was played between St. Joseph`s Girls’ School – Nugegoda and Holy Family Convent – Colombo 04. The Nugegoda girls looked to be in total control of the game as they recorded a massive 20-point victory over their opponents. Final scores read, 33-62.

The best player awards of the tournament were awarded as follows: