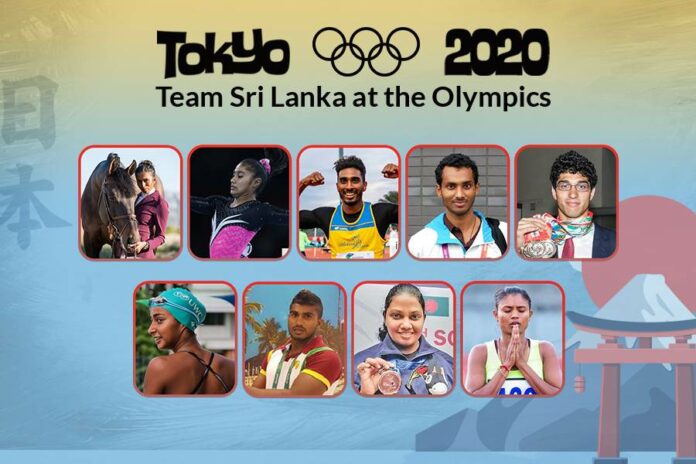 Representing your country at the Olympic Games is a dream every athlete grows up with –  it is a dream not many have the honour of living out.

The Covid-19 pandemic nearly dashed the hopes of all those working towards Tokyo 2020, but thankfully the XXXII Olympiad is about to commence with 9 sportsmen and women ready to represent Sri Lanka in the Japanese capital.

A product of Somaweera Chandrasiri Primary School, Piliyandala and Methodist College, Colombo, de Silva will become the 1st Sri Lankan to represent the country in Artistic Gymnastics at the Tokyo Games. 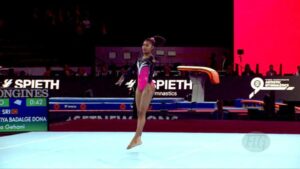 The 18-year-old has also been bestowed the honour of being a flag-bearer for Team Sri Lanka, alongside 2-time Olympian Chamara Dharmawardene.

De Silva received qualification to the Games via the Asian quota, based on her performance at the World Championships, after  the 9th Senior Asian Championships, slated to run from May 29-June 1 in Hangzhou, were called off due to the Covid-19 pandemic.

The gymnast showed early signs of major potential, training under National champion turned Coach Ranjan Tharanga, before receiving a scholarship in 2019 to train in Japan, under the Olympic Solidarity Program.

The Women’s qualification round for Artistic Gymnastics is set to begin on the 25th of July.

Chamara Dharmawardene will be making his 2nd appearance at the Olympic Games, when he competes in the 73KG Men’s Judo event in Tokyo.

Having become the 1st Sri Lankan to represent the country in Judo at Rio 2016, Dharmawardene will lead the charge alongside Milka de Silva, as flag bearer for Team Sri Lanka. 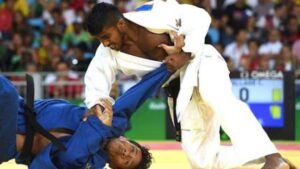 The Judoka is one of the most experienced representing the team at this year’s games, having had success at the South Asian Games as well as the European Judo Championships in the past couple of years.

In the lead up to the Games, Dharmawardene attended a special 10-day training program in Kosovo sponsored by the National Olympic Committee of Sri Lanka and qualified for Tokyo 2020 as a wildcard entry.

The Men’s 73kg event is set to take place on the 26th of July, with the medal rounds also to be held on the same day.

Mathilda Karlsson was the 1st Sri Lankan to qualify for Tokyo 2020, also becoming the first equestrian to represent the island nation in an Olympic Event. 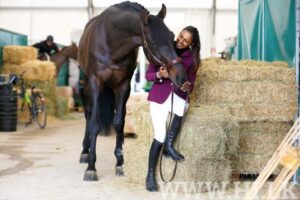 The show jumper’s journey over the past couple of years has not been easy, as her qualification was revoked by the Fédération Equestre Internationale (FEI) before being reinstated upon appeal.

The South East Asia and Oceania region, under which Sri Lanka falls, had only 2 individual spots up for grabs in the showjumping event. Jasmine Chao-man Chen, ranked on top of the FEI chart, took the first position, while Mathilda managed to grab the other spot thanks to her consistent performances.

Born in Sri Lanka, 37-year-old Karlsson was adopted by a Swedish couple and currently lives in Germany where she trains alongside her horse Chopin VA.

Karlsson is set to compete on the 2nd of August.

Tehani Egodawela is set to compete for Sri Lanka in the 10m Air Rifle competition at Tokyo 2020, having received a Tripartite Commission Invitation.

Egodawela’s growth in the sport came after she joined the Sri Lanka Navy in 2011, where she currently trains. 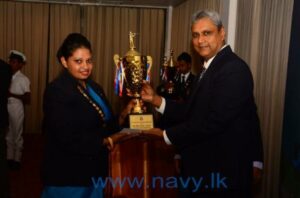 She is a 7-time national Champion and record holder in the Sri Lankan shooting circuit while also managing Bronze medals at the 2016 and 2019 South Asian Games – no mean feat competing alongside some of the top shooters in the World from India.

A mother of twin boys, Egodawela will no doubt inspire many women in Sri Lanka as she competes at her 1st Olympic Games.

The Women’s 10m Air Rifle Qualification rounds are set to begin on the 24th of July.

Read – A magnificent event, a signature coverage, your crusader ThePapare at Tokyo Olympics

Niluka Karunaratne is the most experienced member of Sri Lanka’s Olympic team for Tokyo 2020, having represented the country at the 2012 London and 2016 Rio Games. 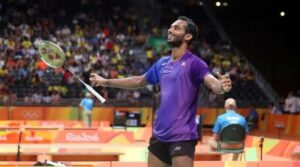 Karunaratne has long been Sri Lanka’s leading man on the Badminton court, having medalled at numerous international events, including the South Asian Games, where he has a tally of 2 Silvers and a Bronze in the Men’s singles.

His journey to Rio 2016 was not easy and neither was his road to Tokyo 2020, however true to his fighting form on the court, Karunaratne managed to keep himself in the running for a spot at the games and was duly awarded a Tripartite Commission Invitation by the Badminton World Federation.

The Group Stage of the Badminton Men’s Singles are set to commence on the 24th of July, with Karunaratne facing off against TW Wang of Chinese Taipei in his 1st game.

Yupun Abeykoon will be the 1st Sri Lankan to participate in the Men’s 100m event since 1996, when Chinthaka de Soysa took part at the Atlanta Games. 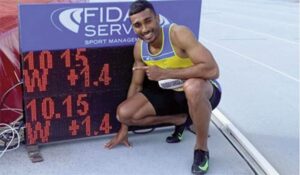 Tokyo 2020 had one of the hardest qualification processes for athletes looking to compete in track and field competitions. It goes without saying then, that qualifying for the Men’s 100m, one of the most competitive events in Athletics, is no mean feat.

In the 2 months leading up to the qualification deadline, Abeykoon bettered his Personal Best on 5 occassions. Though he was unable to hit the Olympic qualification standard of 10.05s, Abeykoon registered a wind-assisted personal best of 10.09s in Dessau, Germany in May, which was preceded by a national record of 10.15s in Savona, Italy in the same month.

The preliminary round of the Men’s 100m is set to be worked off on the 31st of July.

Matthew Abeysinghe will represent Sri Lanka in his 2nd Olympic Games when he takes to the waters in Tokyo. 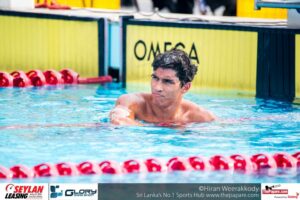 Having competed in Rio 2016, Abeysinghe will once again go against the World’s best in the Men’s 100m Freestyle event, having being awarded a Universality Place as a result of no Sri Lankan swimmers gaining direct qualification into the games.

The swimmer has plenty of experience in the international arena, having won 7 Gold medals apiece at the 2016 and 2019 South Asian Games to go along with his 3 Silvers and 1 Bronze.

The Men’s 100m Freestyle Heats have been scheduled for the 27th of July.

Aniqah Gaffoor is the youngest member of the Sri Lankan contingent to Tokyo 2020. 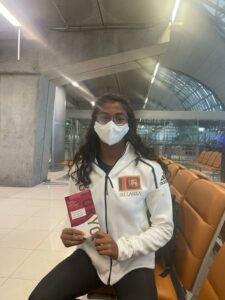 The 17-year-old has lived and trained in Thailand and represented Sri Lanka in the World Aquatics Championships back in 2019.

The youngster showed promise at the 2019 South Asian Games, where she was able to win the Bronze Medal in the Women’s 100m Butterfly event and Silver in the 4x100m Medley Relay.

Gaffoor will be competing in the same event in Tokyo, having been awarded a Universality Place alongside senior pro Matthew Abeysinghe.

The Heats of the Women’s 100m Butterfly are scheduled to be held on the 24th of July.

A late addition to the Sri Lankan contingent for Tokyo 2020, Nimali Liyanaarachchi will compete in the Women’s 800m.

Liyanaarachchi, one of Sri Lanka’s top middle-distance runners, has been granted a spot at the Olympics via a Universality Place. 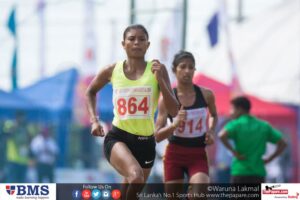 Her qualification was touch and go at one point, with Nilani Rathnayake being the front-runner to make it through to the Games by virtue of her World Ranking. However, Rathnayake failed to maintain her position amongst the top 45 in the World in the Women’s 3000m Steeplechase, making way for Sri Lanka Athletics to nominate Liyanaarachchi for a Universality Place.

Liyanarachchi is an Asian Games Gold medalist and Asian Indoor Championship Silver medalist, who is currently ranked 84th in the World in the Women’s 800m.

These 9 men and women will fly the Sri Lankan flag at Tokyo 2020, going into the history books as Olympians. The stage is set and the sportsmen and women are ready – all that remains is to go out there and give it their best.

Make sure to keep your eye on ThePapare.com and all its social media platforms for updates, exclusive photos and videos straight from Tokyo!