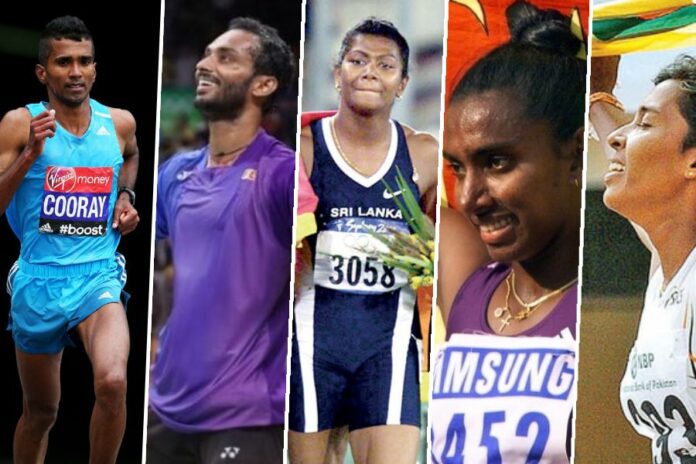 A flag bearer of a nation is a singular honour, you carry not just a flag but the hopes of your people!

Leading your contingent, carrying your national flag, as you stride around the Olympic stadium, with the eyes of the world upon you, must be a crowning moment in anyone’s life.

The National Olympic Committee of Sri Lanka recently announced that the flag bearers at the Tokyo Olympics will be Gymnast Milka Gehani De Silva and Judoka Chamara Nuwan Dharmawardana. The decision to appoint a male and female flag bearer from each nation was made by the IOC in order to promote gender equality, which is indeed a unique feature this year.

The flag bearers are overall captains of a Nation’s Olympic contingent and are bestowed with a prestigious honour of carrying the national flag at the opening and closing ceremonies, in front of thousands of spectators and millions worldwide. This tradition started in 1906 at the Athens Olympics.

It should be noted that 18-year-old Milka Gehani will be the youngest ever Sri Lankan flag bearer. The previous record holder for the youngest flag bearer, was Damayanthi Darsha who was 25 years when she was given the honour in the 2000 Sydney Olympics.

Gehani was a student at Somaweera Chandrasiri College, Piliyandala before moving to Methodist College, Colombo 03. She was coached under Ranjana Tharanga and was awarded an IOC funded scholarship to train in Japan in 2019.

Sri Lanka Air Force member and Veteran Judoka Chamara Nuwan Dharmawardana is also sharing the honour of flag bearer as he is competing in his second Olympics. He too was trained under an IOC funded scholarship in Slovenia under Slovenian coach Fabjan and will be competing in the 73kg category. Hailing from Jeenaraja Vidyalaya, Gampola, his inspiration towards the sport starts when a Judo Master from Japan visited the school and was subsequently trained under Judo Master Amal Rathnayake.

Niluka Karunaratne, the most senior campaigner who is competing in his 3rd Olympics, was a former flag bearer in the 2012 London Olympics. The following list shows the past flag bearers of Sri Lanka since the first appearance in 1948.

Although this year’s Olympics will be held behind closed doors as a precautionary measure due to the ongoing pandemic, this will not dampen the spirit of the flag bearers as they will carry forward the Sri Lankan flag with pride and the legacy of the flag bearers before them.

Stay logged with ThePapare.com as we bring you updates on the 2020 Tokyo Olympics.