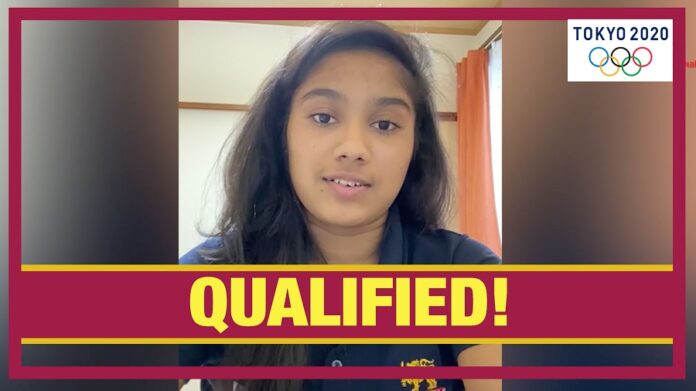 The wait is over! Milka De Silva is going to the OLYMPICS!

All of Sri Lankan held their breath for the news to arrive of young Milka De Silva’s entry to the Tokyo Olympics. Although she had the sufficient points to qualify, no official statement by the IOC was released, until today, 28th of May, when the Sri Lanka Gymnastics Federation announced Milka’s entry.

The 18-year-old currently lives and trains professionally in the city of Tokyo and has been doing so for over a year now and will count her blessings for having the opportunity to represent her motherland at the World’s largest competition at such an early stage of her career.

Milka is no stranger to Junior and Senior International competitions. She held the Junior National title from the ages of 8 – 11 and went on to represent the country at the Junior Commonwealth Games in 2016 and finished 6th.

She came back to win the National titles in 2017 and 2018 while finishing in the Top 8 rankers at the Asian Championships 2018 in Indonesia. The Youth Olympic Games in 2018 was quite special in Milka’s books as she set an area record in Buenos Aires.

This is Milka’s first Olympic entry, and she will join Equestrian Mathilda Karlsson in Tokyo, the only other Sri Lankan to qualify so far.