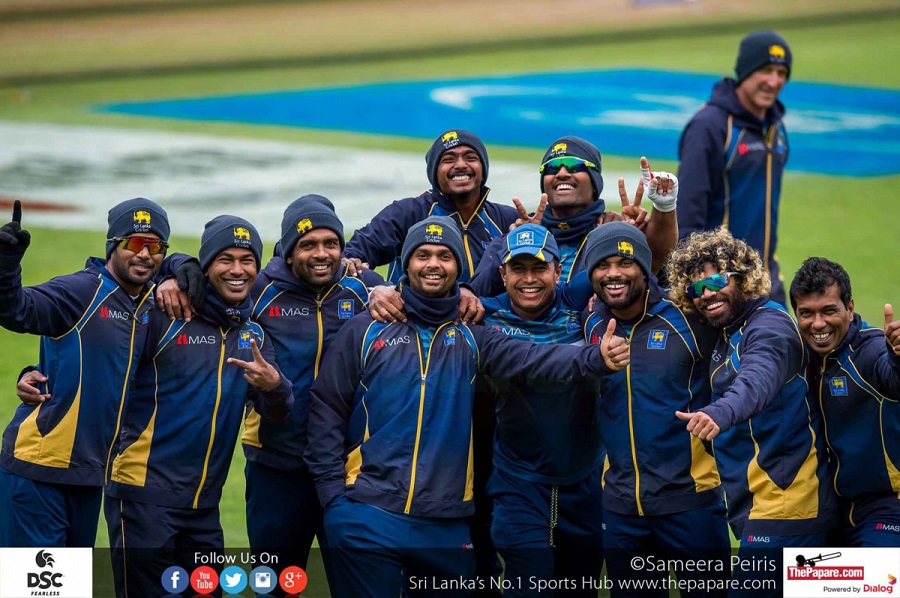 The national selection committee headed by Sanath Jayasuriya has picked a 13-man squad for the first two ODIs against Zimbabwe.

The squad will travel to Galle today (27th) to prepare for the first ODI which will be played on 30th June at Galle International Cricket Stadium.

“We have picked this squad considering the weather and ground conditions in Galle. Because it’s a squad of 13, we had to include only 6 batsmen but we are pretty confident with a couple of all-rounders in the squad to do the job.” Cricket Manager and selector, Asanka Gurusinha said.

What happened to these players?

We take a look at some of Sri Lanka’s most promising cricketers who have fallen off..

Senior players like Dinesh Chandimal, Thisara Perera, Chamara Kapugedara and Nuwan Kulasekara have been dropped after Sri Lanka’s group-stage exit in the ICC Champions Trophy. Dhananjaya De Silva who played the Pakistan match as an injury replacement missed out on selection as well. Kusal Janith Perera and Seekkuge Prasanna were not considered for selections due to hamstring injuries.

“I’m quite happy with the squad given to me. It is balanced and I hope we can get off to a winning start against Zimbabwe.” Skipper Angelo Mathews stated.

Speedster Dushmantha Chameera returns to the ODI squad after 18 months. He recovered from his back injury last December and played one solitary Test against South Africa conceding 153 runs in both innings for just 1 wicket.

Off-spinner Akila Dhananjaya who came to the limelight when he took 7 wickets during the World T20 in 2012 played a rain-abandoned ODI game in the same year against New Zealand.  Dhananjaya has taken 36 List ‘A’ wickets in 39 games at 30.52 including 11 scalps in the SLC Super Provincial Tournament recently.

Wanindu Hasaranga, 19-year old leg-spinning all-rounder and younger brother of Chathuranga De Silva is a proud product from Richmond College, Galle. He was a part of the Sri Lanka U19 team in last year’s ICC U19 Youth World Cup in Bangladesh and represented Sri Lanka U23 Development Squad earlier this year when they clinched ACC Emerging Teams Cup.

Read Also: The five most memorable ODIs between Sri Lanka and Zimbabwe

Hasaranga is currently playing for Colombo Cricket Club and has played 12 first-class matches, scoring 775 runs at 45.58 with 1 century and 5 half-tons. He has taken 16 wickets with a five-wicket haul first class cricket.

Since his debut in 2015, Hasaranga’s list A career is nothing of spark with only 7 games – 82 runs at 27.33 and 12 wickets at 15.50. He played for Colombo District which won the SLC inter-district invitational XI tournament earlier this year and represented Galle in the SLC Super Provincial Tournament which ended as the runner-up.

Fast bowling all-rounder Lahiru Madushanka who made his debut earlier this year against the Proteas’ also received a call-up.

If the Sri Lanka Cricket (SLC) Executive Committee inflicts a ban on Lasith Malinga for disciplinary breach, Suranga Lakmal will come into the squad.

Asela and Kusal back for India ODIs