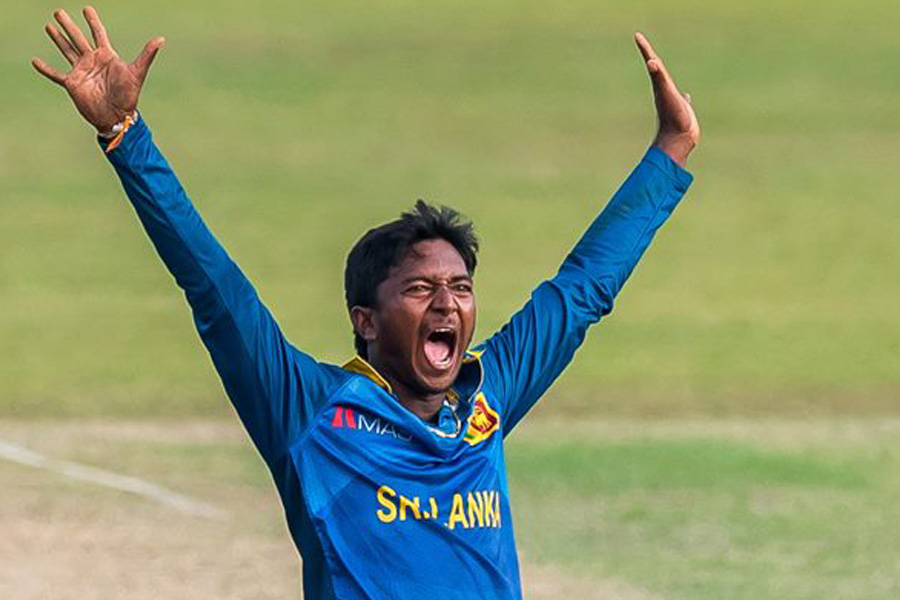 The 24-year old Dananjaya learnt the basic of cricket at Mahanama College, Panadura and was earmarked by Sri Lanka Cricket (SLC) from the time he was a teenager as he was part of the junior spin squad headed by former Sri Lanka cricketer Ruwan Kalpage.

When the Sri Lanka team was preparing for the Pakistan series in 2012, the team management wanted a bowler who could mimic Saeed Ajmal, one of the leading spinners in the world at that time. Dananjaya came on as a net bowler and bamboozled the country’s leading batsmen as he was difficult to pick with a range of deliveries such as off-spin, carrom ball, top spin, floaters, leg-spin, googly etc. 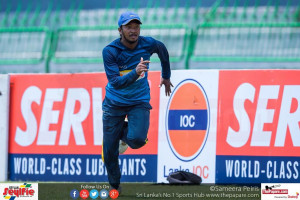 Former Sri Lanka captain Mahela Jayawardena and Head Coach Graham Ford were impressed and he was  given a contract for Mahela’s team, Wayamba United in the Sri Lanka Premier League (SLPL) in 2012 where he played his first competitive, professional tournament.

Jayawardene to the surprise of many requested the selectors to include the teenager in Sri Lanka’s 30-man World Twenty20 2012 preliminary squad. He was then included in the final squad of 15 for the World Twenty20 at home that Sri Lanka finished runners up. Dhananjaya played three games and he picked up five wickets at an economy of 6.72.

At 18, Dananjaya had a wider repertoire of deliveries than the legendary spinner Muttiah Muralitharan but he was not considered for the Under 19 team that was playing in the ICC U19 World Cup in Australia in 2012.

Subsequently, Dananajaya made his ODI debut against New Zealand in the same year but unfortunately the game finished without a result due to bad weather before he had a chance to bowl. Afterwards, Dhananjaya fell out of the radar and he failed to break into the national team with the likes of Sachithra Senanayake becoming the front-line off-spinner in shorter formats of the game.

When he entered the club scene after his fairytale rise, Akila impressed with outstanding performances with the ball in the U23 tournaments and later on at first-class level. 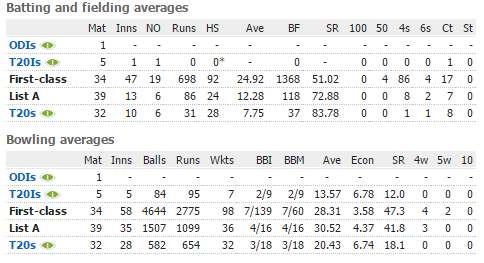 Dananjaya represented Galle in the recently concluded SLC Super Provincial Limited Over Tournament and had the opportunity to play along with Seekuge Prasanna as the off-spinner for the team. He spun the ball viciously and grabbed 9 wickets in the tournament in 6 matches with an impressive economy of 4.90.

With 98 first-class wickets and 36 list A wickets to his name, Dananjaya also known to be handy batsman as he scored 326 runs at an average of 40.75 in the Premier League Tournament Tier A, 2016/17. In March 2017, Dananjaya picked up 3 for 61 against Bangladesh in a tour game and was also in the preliminary squad for the ICC Champions Trophy.

The young off-spinner is ready for his second coming and has plenty of first-class experience as well. He was an uncut gem in 2012 but things have changed now with time and maturity, he is expected to be a handful. With the islanders needing a strike bowler in the middle-overs, Dananajaya can be a very impact player for sure in near future.

“He has been bowling well since of late and he is an asset with so many varieties. We are very much hopeful of using him against Zimbabwe. He’s been performing well and knocking on the door for sometime now and i’m glad that the selectors gave this opportunity. “ Angelo Mathews said today (27th June) about his off-spin bowler.