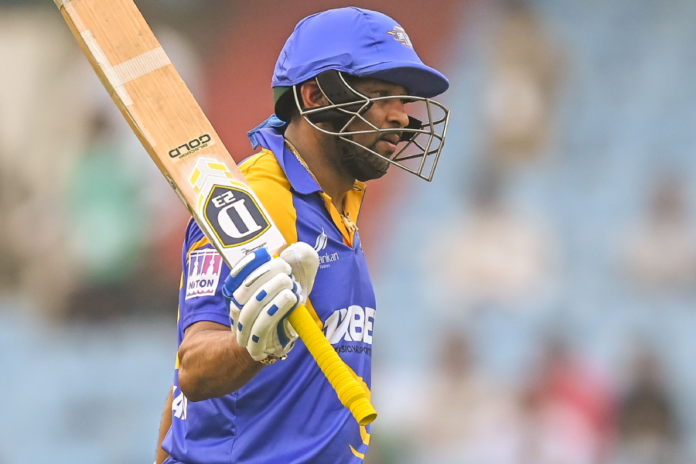 In their 5th encounter of the Road Safety World Series, Sri Lanka Legends defeated Bangladesh Legends quite easily by 70 runs to continue their unbeaten streak and head into the semi-finals oozing with confidence.

Bangladesh Legends skipper Shahadat Hossain who won the toss invited Sri Lanka Legends to bat first and the Lankan Legends amassed 213 in their 20 overs. The master blaster Sanath Jayasuriya who opened the innings took everyone in a trip down memory lane with some of his trademark strokes to score a quick-fire 37 from 25. Jayasuriya along with Mahela Udawatta who scored 43 from 27 put together a 56 run stand for the opening wicket.

Skipper Tillakaratne Dilshan then walked into the middle and hewell-made well made 51 from 30 balls. Chamara Silva who also chipped in made 34 from 24. Isuru Udana provided the finishing touches to them with an entertaining cameo of 17 from just  4 balls. In bowling left-arm spinner Abdur Razzak bowled an economical spell of 1 for 20 in his 4.

In reply Bangladesh never got going as majority of their top-order batters failed to cope up with the required run rate. Tushar Imran top scored for them with 52 from 54 balls which was too slow in a chase of 214.  Only Abul Hasan & Alamgir Kabir batted with some intent for them as Hasan made a 16 ball 29 and Kabir scored 16 off 6.

Captain Tillakaratne Dilshan continued his fine day in the middle with bowling figures of 3/26 & Asela Gunaratne was the other key bowler for Sri Lanka taking 2 for 24. With this 70-run win, Sri Lanka Legends have now played 5 games and have won 4 with 1 going to a no result. They have already qualified for the semi-finals and the opponents for their last hurdle before the big finals is yet to be finalized.