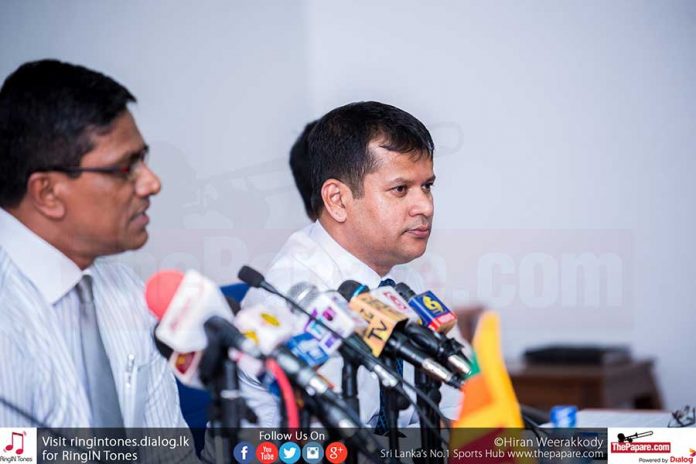 The date is set as 6th June for the 1st leg of the FIFA World Cup Qatar 2022 & AFC Asian Cup 2023 Preliminary Joint Qualification Round 1 encounter against Macau for the Sri Lanka National Football team.

Sri Lanka were drawn against Macau in the Preliminary Joint…..

Five days later the 2nd leg will take place in Colombo which usually serves as an advantage in a two-legged tie. Sri Lanka came into the draw in pot B and as the lowest ranking team in Asia and 201st in the world. Macau are not too far ahead being ranked 183rd in the world.

“Last time we played against Bhutan and we didn’t have positive results on those fixtures. But from last year Sri Lanka National Team has picked up and are doing well. Macau is also a strong team. Every game is important for us. Hoping to do better and show the world that Sri Lanka has some football left in us.”

During the qualifiers for the 2018 World Cup, Sri Lanka was drawn against a Bhutan team who were ranked 209th in the world and Sri Lanka at that time being 172nd. Bhutan won 3-1 on aggregate. This was marked as one of the darkest days of Sri Lanka football.

Since 2015, the Football Federation of Sri Lanka (FFSL) has gone through various changes administratively and operationally. However, in footballing terms the team has slumped to the lowest ranking in the world and currently lay in 201st position.

In 2015 a Serbian Nikola Kavazovic was appointed as the national coach ahead of the Bhutan clash. With just 2 games in charge and a humiliating loss to Bhutan, he was relieved of his duties in June 2015. Sampath Perera, the skipper who won the SAFF Gold Cup for Sri Lanka in 1995, was then appointed as Head Coach. He retired after the 2015 SAFF Suzuki Cup paving the way for his assistant coach Dudley Steinwall to take over back in April 2016.

Sri Lanka took part in the 2016 AFC Solidarity Cup where the team lost 2 matches to Laos (2-1), Mongolia (2-0) and managed to draw the game against Macau 1-1. Prior to the tournament Sri Lanka played a friendly against Cambodia and lost 4-0.

With no international commitments thereafter, the whole coaching staff was sacked in July 2017. The game against Macau was the last International Match Sri Lanka played till 8th July 2018.

“We are going with a methodical and organized preparations than before. We have a dedicated coaching staff and technical staff who are looking at all aspects. Sri Lankan football fans are also supporting the National Team in a bigger way which is a strength for us and we are also trying to play some friendlies before taking on Macau and hope we do better this time,” Jaswar added.

February 2018 saw new life breathed into Sri Lanka Football where Nizam Packeer Ali was appointed as the Head Coach of the national team. A household name in local football and with loads of international experience. He was bestowed with the task of reviving the national team.

His first game in charge was against a team ranked 126th in the world and a European team. Lithuania travelled to Colombo for 2 friendly matches. A packed race course stadium witnessed the local team hold a European team to a 0-0 draw, optimism of a revival echoing among the football loving public.

A youth team was fielded in the 2nd game and were no match for the experienced Europeans. Still the team did well to go down 2-0. As preparation for the SAFF, the team travelled to Japan and South Korea to play 8 friendly matches. The results are still unknown to all except the football house.

Bangladesh was next on the list and Sri Lanka beat the hosts 1-0 in a friendly encounter just before the 2018 SAFF Suzuki Cup. In the subsequent matches against India, Sri Lanka lost 2-0 and against Maldives, the eventual champions, Sri Lanka drew 0-0. Commendable as the previous loss against the same opponents was 10-0 in 2013.

October 2018 was the last time the national football team played a competitive game and they were well beaten by Malaysia, the Lankans leading a goal to nil till the hour mark and then losing the plot to concede 4 goals. Malaysia were one of the teams who are in the 1st round of qualifiers and Sri Lanka did well to avoid them in the draw.

This will take us through to few more group games home and away. Win or lose we will have lots of football coming to Sri Lankan soil after long years. This win will take us to another level of football in South Asia,” The General Secretary of the FFSL finally added.

Much of the current squad comprises of players who were part of the U23 team who were pummeled for 20 goals in 3 games. The squad was called in for training only in April. It is yet to be seen if the team is up to the mark with such short preparation.

The advantage Sri Lanka hold is that the 2nd leg will be played in Colombo. If the team can come out with a positive result in Macau, expectations will be high to progress to the group stage. Macau too will be vary of the fact a big win in their home ground can put the Lankans to bed well before the 2nd leg.