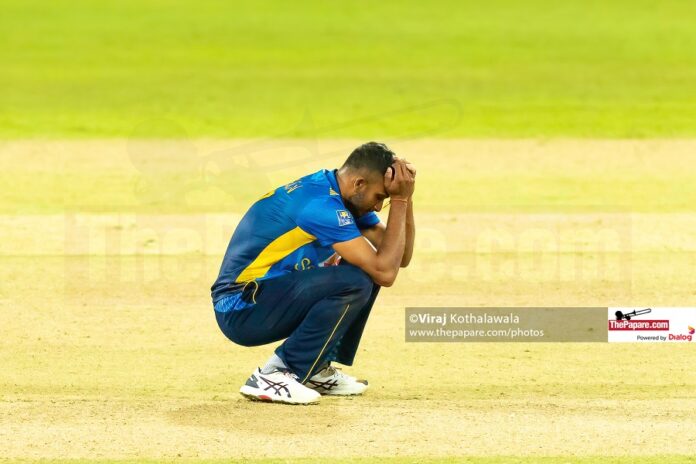 Sri Lanka has been fined for maintaining a slow over-rate during the Team’s second ODI against India; the fine also comes alongside a one-point deduction in the ICC ODI Super League.

Accordingly, the Sri Lankan players will be fined 20 percent of their match fee as per the Article 2.22 of the ICC Code of Conduct for Players and Player Support Personnel, which relates to minimum over-rate offences.

ICC Elite Panel match referee Ranjan Madugalle imposed the sanction after Dasun Shanaka’s team was found one over short of the minimum required number by the allotted time.

The umpires of the game, Kumar Dharmasena, Lyndon Hannibal, Ruchira Palliyaguruge and Prageeth Rambukwella leveled the charges while Shanaka accepted the charges with no objection and therefore no formal hearing was needed.

Sri Lanka now stands in 12th position of the table with 12 points in 11 matches.