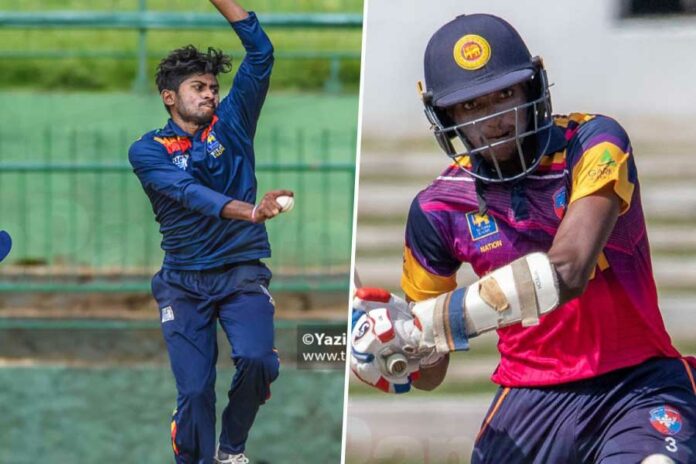 Only three matches in the SLC Major Club Limited Over Tournament worked off today as the rain-interrupted play once more calling off other encounters scheduled to play today. Chilaw Marians CC, Army CC & Sebastianites C & AC ended up victorious in their respective encounters played today.

The right-hand batter Lasith Croospulle’s 70-ball 61 runs and spinner Kamindu Mendis’ 3 wicket haul with the ball pilot Chilaw Marians CC to a comprehensive win over Badureliya CC in their Group B encounter worked off today at Maggona.

The Group A encounter between Nugegoda S&WC and Army CC was hampered by the rain but the latter managed to win the contest by 16 runs as per the D/L method. Ashan Randika who top-scored for Army CC with a 49-run knock and Shehada Zoysa who picked up 2 wickets for 31 runs were the cornerstones of their victory.

The Group B encounter between Police SC and Sebatianites C &AC also witnessed a ran-curtailed game at Moratuwa. The 30-over encounter ended in a thrilling finish as Sebastianites registered a 2-run win as per the D/L method.

Nisala Tharaka (3/23) and Nalin Priyadarshana (3/36) stole the limelight with the ball for Sebastianites while Maduranga Zoysa delivered with the bat scoring a match-winning 41-run knock.