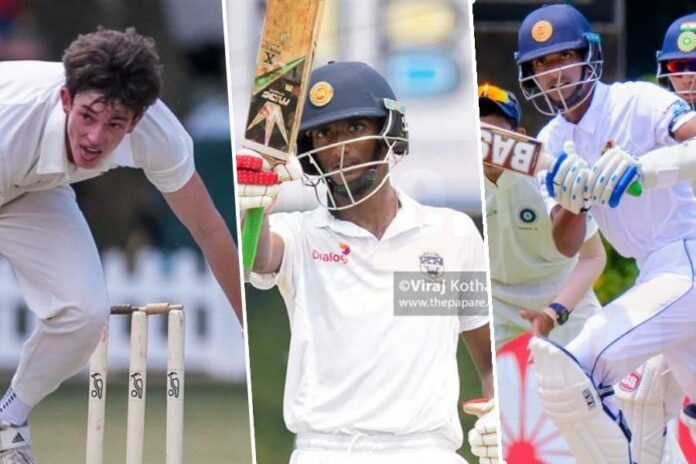 After a run-fest at Canterbury Sri Lanka Emerging XI arrived at Southampton to face Hampshire in their second four-day match of the tour. From the previous encounter, SL Emerging XI made 3 changes as Ashain Bandara, Nipun Malinga & Yasiru Rodrigo were left out and Dunith Wellalage, Nipun Ransika & Ashian Daniel replaced them. Meanwhile, for Hampshire, six players were awarded their first-class debut.

After winning the toss Sri Lanka Emerging XI skipper Nipun Dananjaya decided to bat first as the skipper and Lasith Croospulle came out to open the innings while one of the debutants John Turner took the new ball for Hampshire. He achieved success straightaway as the centurion from the last match Croospulle was dismissed for a first-ball duck just in the 4th delivery of the morning. Skipper Nipun departed shortly after as another debutant Harry Petrie dismissed him for just 2 runs.

Nishan Madushka who scored a record-breaking 269 during the first game of the tour against Kent was dismissed by Dominic Kelly for just 16 runs as Sri Lankans were reeling at 32 for the loss of 3 wickets. Nuwanidu Fernando & Dhananjaya Lakshan brought back some momentum for the visitors as the duo put on 65 runs for the fourth wicket before John Turner dismissed Lakshan for 21. Nuwanidu who scored his 2nd consecutive half-ton of the tour had to go back to the pavilion for 52 as John Turner struck again to take the 5th wicket for Hampshire.

With the loss of 2 wickets in quick succession, Sri Lanka Emerging XI needed someone to rebuild their innings. Santhush Gunathilake and 2022 Under 19 World Cup skipper for Sri Lanka Dunith Wellalge did just what the doctor ordered as the pair combined to add 106 runs for the 6th wicket.

Santhush who played another superb knock in the middle order passed his 2nd consecutive half-century of the tour but unfortunately for SL Emerging XI, just like Nuwanidu he couldn’t convert it into a big one as he was dismissed for 53 by Turner. To further dent their progress the 19-year-old Dunith was caught by Kelly off a delivery by Turner who completed a fifer on debut as he departed for 44 missing out on a well-deserved half-ton.

But luckily for the tourists, the lower order added 66 runs for the final 3 wickets on the back of Dilum Sudeera’s 33 & Ashian Daniel’s 21 as they were dismissed for 281 in their first innings. John Turner the chief destroyer for Hampshire took 5 wickets for 31 runs while

Hampshire had to see off one over before the close of play and they sent out debutant Fletcha Middleton & John Turner who was the night watchman as the openers. SL emerging XI skipper Nipun also made an out-of-the-box decision by bringing in the left-arm spinner Dilum Sudeera for this solitary over which proved to be a masterstroke as the night watchman Turner was dismissed on the 4th delivery. Straight after the wicket, the umpires called for Stumps as Hampshire was 1 down without a single run on the board.