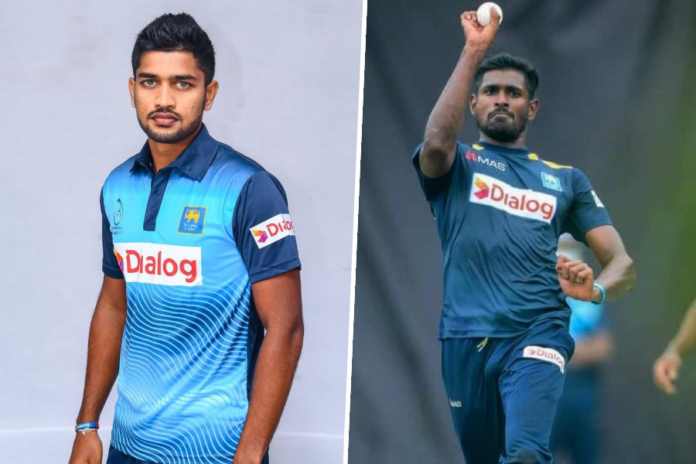 Hampshire began Day 02 on 0/1 as Tom Prest joined with Fletcha Middleton. The pair managed to put together a 58-run stand for the second wicket as Tom Prest batted aggressively with a strike rate just below 90. Just when the batters started to look comfortable Udith Madushan struck for Sri Lanka Emerging XI as Prest departed for 35.

With the dismissal of Prest the scoring rate of Hampshire decreased very quickly as the skipper Felix Morgan departed without troubling the scorers after facing 10 deliveries as Madushan took his 2nd wicket. Hampshire was struggling at 62 for 3 at that moment and needed a partnership to settle the ship as Toby Albert another debutant came out to bat at number 5.

Middleton who’s making his First-Class debut went on to score a much-needed half-ton for his team as he also managed to build a 67-run partnership for the 4th wicket with Albert before nicking one to Nishan Madushka off Dhananjaya Lakshan’s bowling after scoring 64 runs.

Aneurin Donald the wicketkeeper for Hampshire was their number 6 batsman and he looked to up the run rate once again but unfortunately for him, Lakshan managed to disturb his stumps to send him back to the pavilion for 16. With Hampshire on 154 for the loss of 5 wickets, the advantage was clearly with Sri Lanka Emerging Xi.

Experienced Ross Whiteley who’s playing his 90th First-Class game joined with Toby Albert who was batting well in the middle and the experience of Whiteley was just what Hampshire needed at this stage as he guided his 20-year-old batting partner Albert and managed to bat out the whole final session to turn the tides back in their favour. At Stumps on Day 2 Hampshire was on 252/5 just 29 runs behind Sri Lanka Emerging Xis 1st innings total. The two unbeaten batters for Hampshire, Albert & Whiteley were on 69 and 55 respectively.