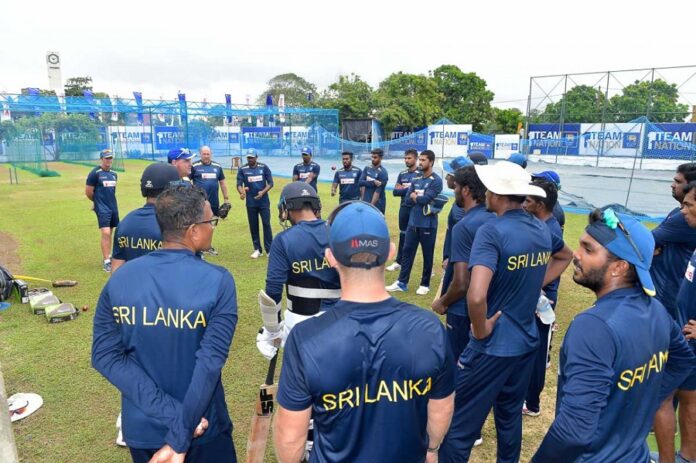 A 35-member pool shortlisted for the West Indies tour will have to undergo a fitness test on 5th February in order to be eligible for the upcoming series.

As a result, Sri Lanka Cricket’s new trainer Grant Luden has recommended a tough fitness trial where all the shortlisted players will have to do a two-kilometer run in eight minutes and 35 seconds; this particular fitness test will be held at Sugathadasa Stadium.

The distance of the track on the stadium counts for 400 meters thus the players will have to run five rounds in less than 8 minutes and 35 seconds to pass the fitness test and be eligible for selection for the upcoming Caribbean tour.

Sri Lanka Cricket team’s new trainer Luden who worked with the Pakistan team in his last stint, is very strict on maintaining fitness standards and he is credited for raising Pakistan’s fielding standards as they went onto win the ICC Champions Trophy in 2017.

It is also learnt that Sri Lanka Cricket authorities have planned to introduce a new fitness policy before the commencement of West Indies series where  players will be given 40 days’ time to pass the second fitness test if a player fails the fitness test in his first attempt. However, if the player fails the second trial as well, he will be not available for selection for any upcoming tours.

The 35-member pool for the West Indies tour