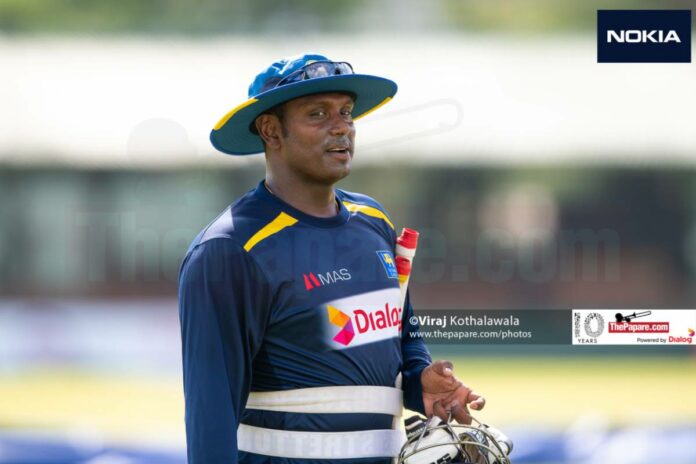 Mathews, who last played for Sri Lanka in May against Bangladesh at Pallekelle, informed Sri Lanka Cricket in July that he’s considering retirement in the wake of selectors taking a hard stance on the senior players. However, Mathews officially never announced retirement but only sought time off from the game due to personal reasons.

In August, the annual player contract dispute between the national cricketers and the board, which lasted for several months, came to an end as 18 players signed the annual contracts till end of 2021. Mathews’ name was a notable absentee from the contracted players list as SLC notified saying ‘He was currently unavailable for selection’.

With the selectors opting to pick players for the upcoming ICC Men’s T20 World Cup only on the performances in the Dialog-SLC Invitational T20 League and South Africa series, Mathews was not considered for the 16-team tournament despite the wide-spread calls for an experienced player of spin to overcome the batting struggles.

This will also be the first instance, Sri Lanka is participating in an ICC event since 2009, without Mathews in the squad. He was Sri Lanka’s top run-getter in the 2019 ICC Cricket World Cup in the UK.

Sri Lanka is slated to start their 2021-2023 ICC World Test Championship cycle in November against West Indies at home in a two-match Test series. With Mathews back at training, he could well be aiming for a return to national commitment through the longest format of the game.

He last played ODIs and T20Is against West Indies in March 2021. However, a player in the caliber of Mathews, who has played nearly 300 limited-overs matches for Sri Lanka, might still be of great value in white-ball cricket for Sri Lanka in the next couple of years.