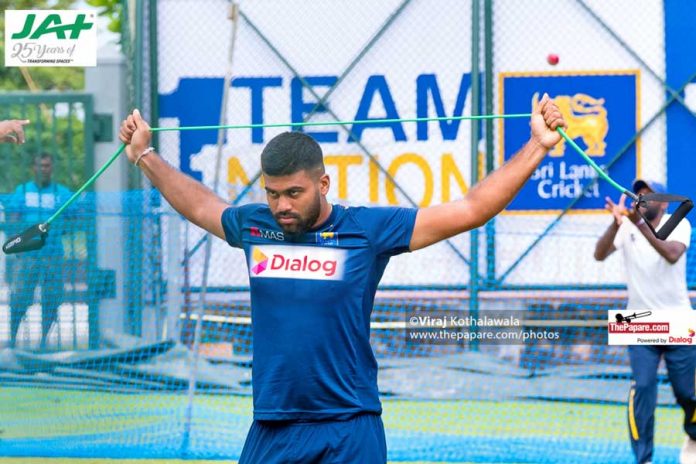 Sri Lankan fast bowler Lahiru Kumara, who was in the 16-member Test squad to face England in the three match series, has been found guilty of breaching the code of conduct of the team before the first Test in Galle.

‘Accordingly, the team management has decided to replace him’, a SLC release stated.

21-year old Kumara, has played 12 Tests and was excellent in seam-friendly conditions in West Indies in June, picking up 17 wickets in 3 games.

Dushmantha Chameera comes into the squad as the replacement, with immediate effect. He last played a Test against South Africa in 2016.

Sri Lanka Cricket (SLC) has taken strict measures on their players recently. Opening batsman Danushka Gunathilaka was suspended from all forms of international cricket for six games due to a breach of player conduct while Jeffrey Vandersay, too, was sent home before the third Test against Windies in Barbados, for breaching the contractual obligations.