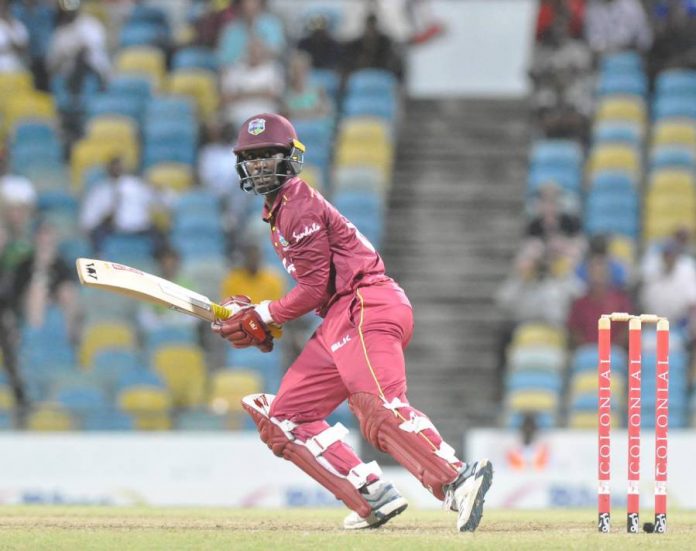 West Indies claimed a dramatic one-wicket victory in the final over of the second ODI against Ireland to take an unassailable lead in the three-match series.

Chasing Ireland’s 237/9 on Thursday, 9 January, West Indies needed five runs from the last over, while the visitors were just a wicket away from a win. Paceman Mark Adair gave away just one run off the first two balls, while the next two saw two missed run-out opportunities.

Cottrell was short of his crease at the bowling end when Adair disturbed the stumps; however, after the review, the West Indian survived as it was unclear whether the ball was in contact with Adair’s hand when he splintered the bails. The next ball saw a mix-up between the two batsmen, but Cottrell made it to the crease right on time.

🙌 WEST INDIES WIN BY ONE WICKET 🙌

Sheldon Cottrell finishes off in style with a SIX on the penultimate ball. #WIvIRE SCORECARD: https://t.co/wAZzcgw5V1 pic.twitter.com/T5eMzWm0ra

After the drama, Cottrell finished things off in style with a six off the penultimate ball to seal a thrilling victory. West Indies take an unassailable lead of 2-0.

Earlier, batting first, Ireland lost two early wickets of Gareth Delany and skipper Andy Balbirnie inside the first 10 overs. But the experienced duo of Paul Stirling and William Porterfield, who made his 300th international appearance, steadied the proceedings.

They shared an important 59-run stand before Khary Pierre had Porterfield dismissed for 29 while Stirling, who top-scored for Ireland with a 79-ball 63, was clean bowled by Alzarri Joseph soon after. Ireland lost wickets at regular intervals with only Kevin O’Brien (31) and Simi Singh (34) showing some resistance.

Joseph was West Indies’ star bowler, finishing with an impressive 4/32 while Cottrell chipped in with three wickets.

The hosts got their chase off to a shaky start, losing three of their top four batsmen for single-digit scores. Opener Shai Hope made a steady 54-ball 25, but it was Nicholas Pooran and skipper Keiron Pollard’s crucial 64-run fifth-wicket stand that brought the hosts back in the game.

Pooran made 52 off 44 while Pollard contributed with a 32-ball 40. Later Hayden Walsh, who remained unbeaten on 46, and Cottrell held their nerve to take their side across the line in the final over.

The final ODI will be played in Grenada on Sunday, 12 January.