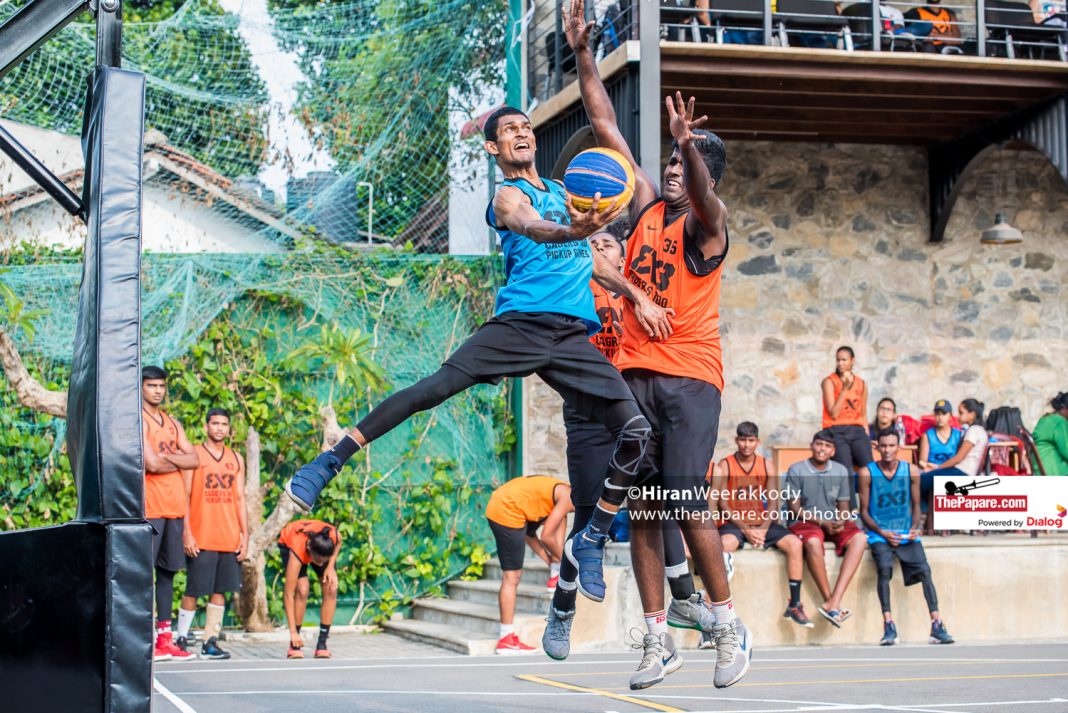 The concept of 3×3 Open Pick Up Games, was brought to life by SLBF to improve the rankings of the federation in the FIBA 3×3 Rankings as a whole and to also provide more exposure to the top 100 players of Sri Lanka.

Click here to read more: What is 3×3 Open Pick Up Games?

Results of the Pool Games

The top two teams of each pool qualified to play in the knockout stage of the tournament.

Team Rosters of the Top 8 Teams

Legends went on to beat Blacks in the first quarter-final, 14-8 while Jordan lost to Fire Breathers, 11-13, in the second quarter-final. The third quarter-final was won by SBSD beating Block or Bleed, 12-11. The fourth quarter-final match-up turned in favor of Flying Cats who beat Blue Devils, 13-7.

Both semi-finals were decided by a couple of points. The first semi-final which was worked off between Fire Breathers and Legends ended by putting Fire Breathers ahead by 02 points, 12-10. The second semi-final finished with SBSD finishing ahead of Flying Cats, 20-21.

The final match up was set between SBSD and Fire Breathers. Even though SBSD had the services of SL`s #1 Arnold Brent, they fell 03 points short at the end of ten minutes of game-play, 18-15.

The points accumulated by playing in the 3×3 Open Pick Up Games will be calculated to the individual ranking points which will determine each player’s position in the top 100 players bucket. The rankings will be updated on ThePapare.com within a 24-hour time period after the match-ups.