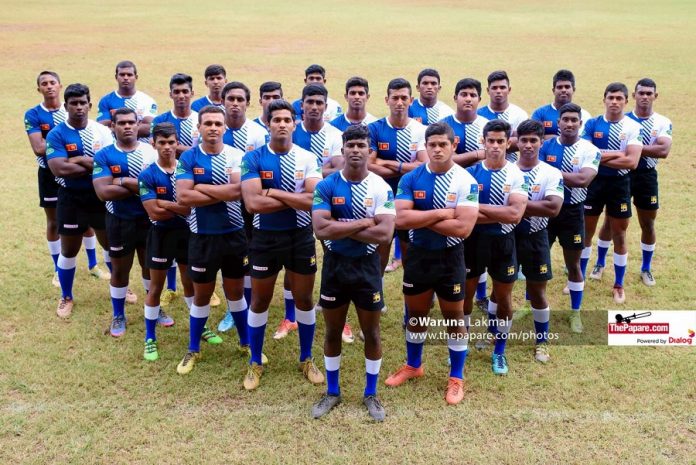 A disappointing defensive effort from the Junior Tuskers saw them suffer an unfortunate 26-29 loss to South Korea in the final game of Asia Under 19 Championship that was played at the Taiwan Municipal Council Grounds.

With no victory under their belt, this means that Sri Lanka will be relegated from the top division to division I next year.

The Asia Under 19 Championship that kicked off in Taiwan on the 12th of December saw Sri Lanka off to a disappointing start with defeats to both Chinese Taipei and Hong Kong. The Korea game was Sri Lanka’s final lifeline to stay in the top tier.

See what happened: Hong Kong drive Sri Lanka out of the Park

The Koreans struck early in the 1st half when Geunyu Park broke through the defense to score the first try in the 7th minute of play.

The Sri Lanka coaching staff finally realized that their pick-and-go option was not going to work and switched to the usual three-quarter dominant playing style.

Shortly after, it was Janidu Dilshan who covered almost 80 meters from a turnover that saw Ishara Liyanage cross the line.

It was a see-saw battle in the midfield with Sri Lanka’s disappointing defense allowing the Koreans to pass through with ease.

Korea scored twice in quick succession from Woobeen Pak Ilkwon Woo to finish the half with the lead.

The second half was no different from the first, but this time it was the Junior Tuskers who brought in the first score. An individual effort from Ravindu Hettiarachchi brought Sri Lanka back on level terms.

A try a-piece from Korea’s Jungsun Seo and Keshan Kavinda brought the scores level once again at 26-26 with ten minutes to go, but unfortunately, the Tuskers failed to seal the game from thereon.

Continuous infringements stalled Sri Lanka’s attack and the lack of game experience affected the side in the absence of injured skipper Gamunu Chethiya.

The efforts from the Junior Tuskers proved futile when Korea added the 3 points with two minutes to go to take the lead.

With no time remaining, Sri Lanka faltered, losing the game by 3 points.

With no wins under their belt, Sri Lanka finished last in the championship, meaning that they will be relegated to Division I next year.