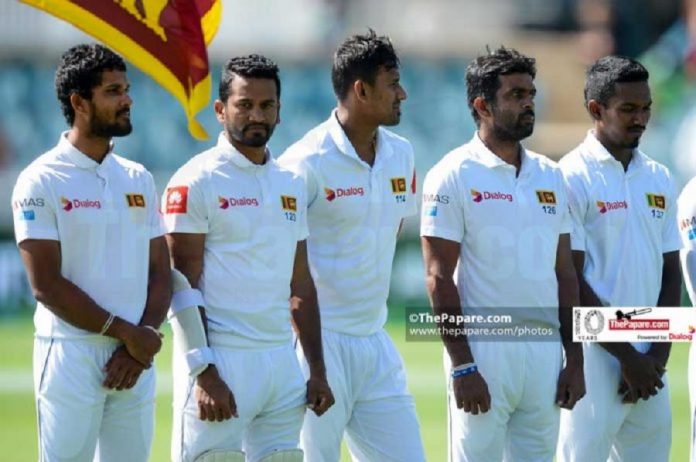 This was the first selection decision after Asantha De Mel received an extension of one year as Chief Selector. The hosts are expected to prune down the squad to 15 members in the coming few days before they travel to Galle.

Opening batsman Dimuth Karunaratne will continue to lead the Test team. He exceptionally led an inexperienced team in South Africa earlier this year to record an emphatic 2-0 win.

Former Captain Dinesh Chandimal, who was dropped for the South Africa series, has been recalled into the squad. Chandimal is currently playing for the Montreal Tigers in the Global T20 Canada. Experienced spinner, Dilruwan Perera, has also been named along with Lasith Embuldeniya and Akila Dananjaya to form a strong spin contingent.

Experienced ex-captain, Angelo Mathews, who also missed the South Africa series due to a hamstring injury has deservedly named in the 22-member squad.

Shehan Jayasuriya, who struck plenty of runs with the Sri Lanka ‘A’ team in India as well as fast-bowlers Chamika Karunaratne and Asitha Fernando have earned callups to the side.

Sri Lanka will play the first Test match in Galle from 14th to 18th August and then play the second game in Colombo at P. Sara Oval from 22nd to 24th August. Both these matches will be a part of the ICC World Test Championship.

Both the Test matches can be viewed from ThePapare.com for all the fans in Sri Lanka.