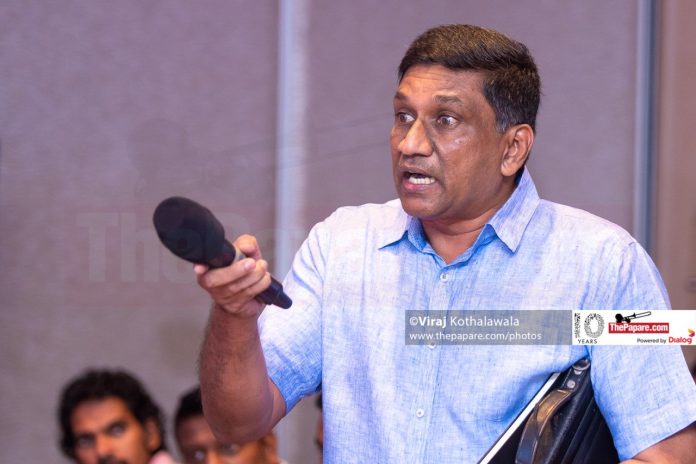 Sports Minister Harin Fernando revealed yesterday (5) that a few changes have been implemented in the Sri Lanka Cricket Selection committee.

Accordingly, the tenure of the current selection committee members, barring Brendon Kuruppu and Hemantha Wickramaratne, has been extended for another year.

The Ashantha de Mel chaired four-member committee was appointed on November 05 last year, after the sacking of Graham Labrooy. De Mel and Chaminda Mendis are the only people to be saved in the new selection committee.

Apart from his role as the chairman of the Selection Committee, Ashantha de Mel will also be working as the Manager of Sri Lanka Cricket team.

Vinothen John has been included in the Selection Committee too.

“We re-appointed Ashantha de Mel as the chairman of the new Selection committee and he will be assigning his duties as the Manager of Sri Lanka Cricket team. The contract of Chaminda Mendis is extended and Vinothen John is the newly elected committee member.” Sports Minister Harin Fernando said.

The first assignment of the new Selection Committee will be the selection of the Test and T20I squads for upcoming New Zealand tour of Sri Lanka which will commence on the 14th of August.