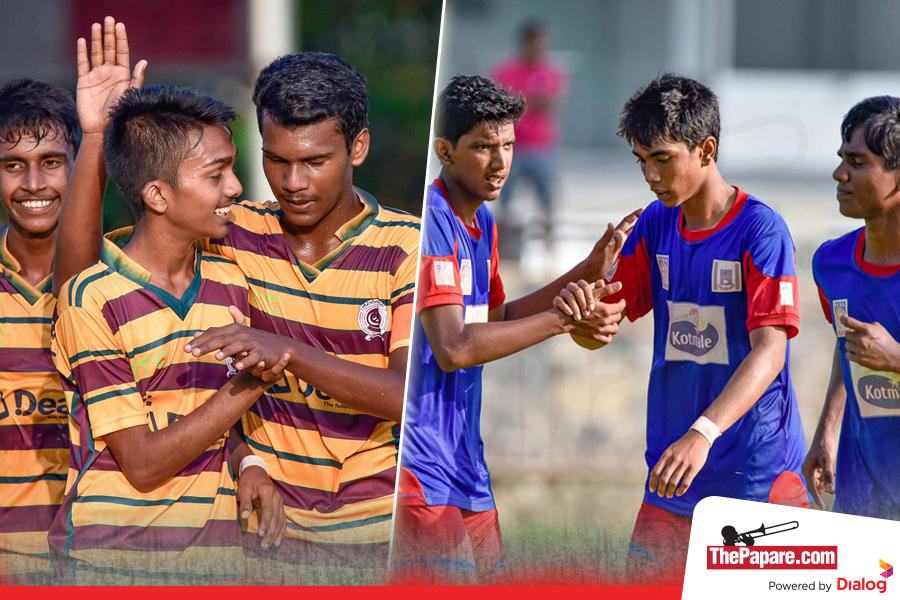 The rematch of last year’s SLSFA U19 Division I third place game is about to take place as Maris Stella College takes on hosts Hameed Al Husseinie College in the final of the President’s Cup 2017 on the 22nd of January at the Racecourse Stadium.

Maris Stella will be looking to make amends for the lack of silverware throughout last year, despite them putting up a great performance, while last year’s National Schools’ Games champions Hameed Al Husseinie are out to take revenge for the bronze that was snatched away from them as well as defend the championship from last year where they defeated Kalutara Muslim College to clinch the title.

The hosts have had an stroll through the tournament as they demolished Zahira College, Puttalam 6-0 in the semi-final and  Nalanda College 4-0 in the quarters.

The only tough opposition they faced was St.Benedict’s College in the first match of the tournament; they narrowly scraped past the latter 2-1 to make it into the next round.

The boys from Negombo on the other hand had to put up a strong fight in both the semi-finals and the quarters where they overcame De Mazenod College 4-2 and St. Peter’s College 3-2 on penalties after the match ended 1-1 at full time.

The only walk in the park they had was against Thurstan College whom they steamrolled 5-0.

Skipper Anjana Gunawardena was pivotal for Maristonians throughout last year, pulling his team out of trouble when they needed him the most. The midfield maestro has already scored twice in 3 games in this tournament and surely will try his hardest to slot in a couple more to clinch the title.

Thathsara Fernando specializes in free kicks and scored two for his team in the semis against De Mazenod, both being direct free kicks. His opponents would do well not to give him a chance near the goal because this man will make no mistake in putting the ball in.

Goalkeeper Umesh Sanjaya is an important asset to his team and could prove vital if they go into a penalty shootout. He pulled off two saves in the penalty shootout against St. Peter’s in the quarter final.

Hameedian skipper Aman Faizer is also a brilliant midfielder similar to his counterpart and specializes in distribution. The Ratnam SC player has scored twice in the 3 matches leading to the final.

Mohammed Sajidh, Aman’s midfield partner has been on the score card for his team throughout the tournament. The team heavily relies on him to create goal scoring opportunities as well put in one or two himself.

Dinesh Steven, possibly the tallest goalkeeper from last year’s schools’ football season, is a solid wall in front of goal, having conceded only once in 3 matches. He was the man behind the National Schools’ Games championship where he denied Zahira twice in penalties to give his team the win in Anuradhapura last year.

Based on previous encounters Maris Stella seems to have a better chance of going home with the cup. Also having faced tough oppositions in the last 2 matches they will be ready to face anything that the hosts put up against them.

Nevertheless Hameed Al Husseinie have been known to hold off tough oppositions like Zahira College, Colombo (whom they defeated) as well as St. Patrick’s College, Jaffna. If they keep up their goal scoring momentum and are not too overconfident, they also have a shot at defending the title. Their fans, who never miss an opportunity to turn up in numbers to support them, will also create a favourable atmosphere for them.