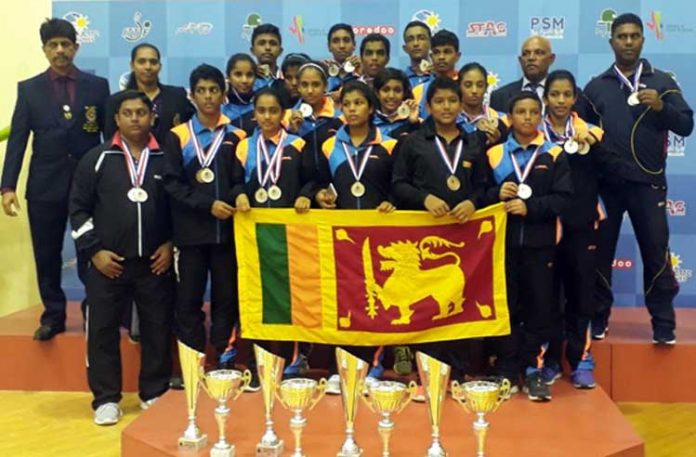 Sri Lanka Junior, Cadet and Hopes teams will be leaving to Maldives..

A team of 8 boys and 8 girls competed in the 2018 South Asian Junior, Cadet and Hopes, Table Tennis Championship against some top performers. Team Sri Lanka competed in 6 main categories and 12 events out of which 11 resulted in medals.

The 6 silver and 5 bronze medals successfully qualified the Juniors to participate in the Asian Junior Table Tennis Championship in Myanmar, scheduled for August 2018.

Sri Lankan men and women have climbed mountains in the..