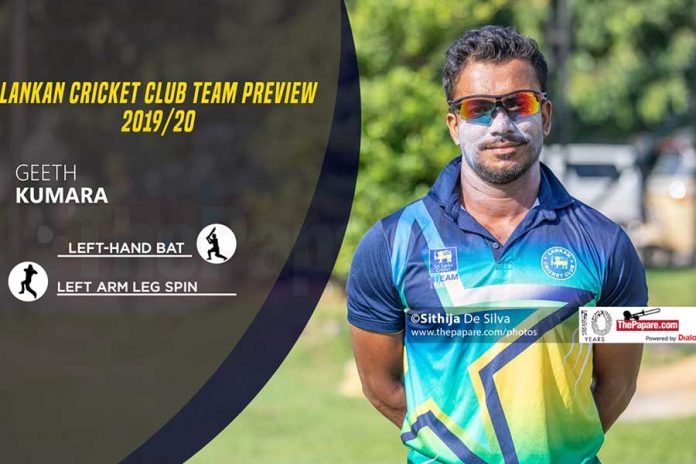 Lankan CC managed to add only five runs to their overnight score before their final wicket fell with the score at 271 in their first innings.

Day two of this encounter continued at the CCC grounds in Colombo today (17th February), as Tamil Union lost an early wicket in their reply when Prasansana Jayamanne was dismissed. Yohan Mendis made 48 while being involved in an 86-run stand for the second wicket, with stalwart Tharanga Paranavithana putting Tamil Union back on track.

Paranavithana held firm at one end while most batsmen came and went, but Tamil Union seemed to be in a good position to go on to secure first-innings points at 213/5.

The late introduction of Geeth Kumara, who also made a half-century on day one, caused a dramatic collapse as Tamil Union lost 37/4 to end day two on 250/9.

Kumara’s leg-spin caused three of the four late wickets to fall, including the prize scalp of Tharanga Paranavithana for 92. Paranavithana’s knock included seven fours and two sixes while he lasted 216 balls.

Left-arm spinner Sahan Nanayakkara also bowled impressively to capture two wickets, as Tamil Union ended the day 21 runs behind Lankan CC’s total with one wicket in hand. Maduka Liyanapathirana remained unbeaten on 23* to give Tamil Union a glimmer of hope of a first innings win when the game continues tomorrow.

In a Tier ‘B’ encounter Police SC recorded a stunning three-wicket win over Bloomfield CAC when they chased down 208 runs in the fourth innings.
Bloomfield posted 265 in their second innings, with Dilhan Cooray and Chamara Silva making half-centuries. Asel Sigera captured 5/74 for Police SC.
Lakshan Rodrigo got the run chase off to a blistering start at the top of the order, but Police continued to lose wickets at crucial stages to leave the game in the balance.
However, they managed to get over the line in the 60th over of their innings, with Dulash Udayanga remaining unbeaten on 36*.

Avishka Tharindu slams 278 in one day

Video – “We want to change the history in this World...