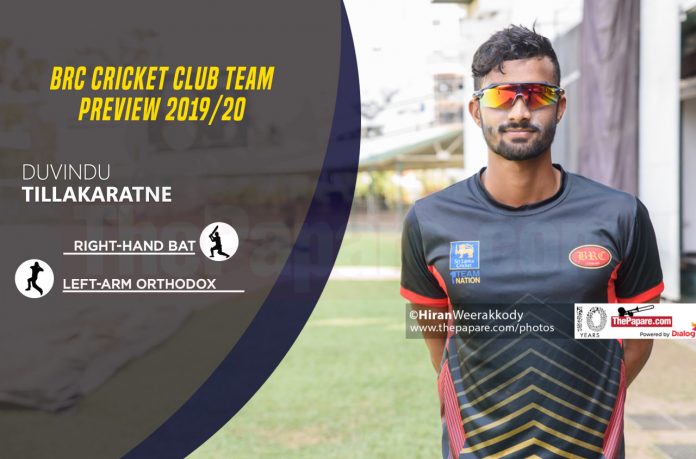 Six matches of the Sri Lanka Cricket (SLC) Premier League Tier A Tournament were played at venues around the island today (28).

The Chilaw Marians took the upper hand in their match against Ragama CC despite a fighting knock of 97 by Sri Lanka player Lahiru Thirimanne.

Nimesh Vimukthi’s left-arm spin did most of the damage as he captured 6/62, helping the Marians bowl Ragama CC out in 62.2 overs.

The Chilaw Marians raced to 117/2 at stumps, with Lasith Croospulle making an unbeaten 55*.

SSC, who have encountered a tough season so far, were once again bowled out for 229 in their match against Army SC.

Sammu Ashan fought a lone battle to remain unbeaten on 77*, while the next best score came from Krishan Sanjula, who made 37.

Fast bowler Janith Silva was the pick of the bowlers for the soldiers as he went on to capture four wickets.

Half-centuries from Pawan Ratnayake, Lahiru Madushanka and Ron Chandraguptha put CCC in control of their match against Moors SC.

In fact, Ratnayake remained unbeaten on 94* when stumps were drawn and will look to reach three figures when play resumes at the CCC grounds tomorrow.

Duvindu and Deshan almost guide BRC to a win over SSC

Seven group stage matches from Tier A and Tier B of the SLC Major League tournament were held yesterday and today.

Gamindu Kanishka and Chamikara Edirisinghe shared seven wickets between themselves for Saracens SC.

The game between Tamil Union and NCC was evenly poised after the former made a bold reply of 62/1 after NCC posted 339.

Pathum Nissanka and Sahan Arachchige made half-centuries for the home team, NCC.

Duvindu Tillakaratne picked up 8/147, but it did not prove to be enough to put his team in control as the Colts posted 366 all out by batting first.