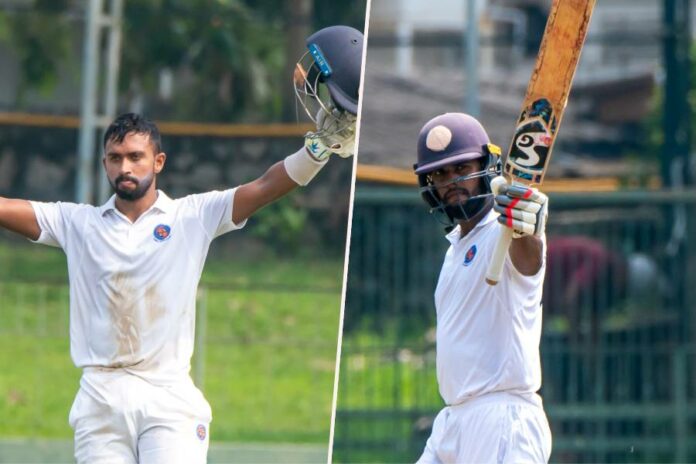 Tamil Union skipper Sadeera Samarawickrama won the toss and had no hesitation to bat first on a batting-friendly SSC surface.

The skipper himself opened the batting with left-hander Navod Paranavithana and the duo got their side off to an excellent start putting on a century stand for the first wicket.

Paranavithana was the first to be dismissed after scoring 54 runs off 70 balls with 4 fours. Samarawickrama then built another crucial stand with No. 3 batter Ron Chandraguptha for the 2nd wicket. The due added 130 runs off 188 balls before the left-arm spinner Malinda Pushpakumara dismissed Chandraguptha for 48 runs.

Samarawickrama who made a century (150) in their last group game of the tournament against Nugegoda SWC, brought up another stunning century today in the big game. Samarawicrkama managed to score his 12th first-class century and his highest score in first-class cricket.

He stroked 188 runs off 243 balls with 18 fours and a six as Tamil Union C & AC ended the first day’s play on a high putting 356/5 on the board. National-capped spinner Lakshan Sandakan and left-arm seamer Vishwa Fernando picked up 2 wickets each for CCC.