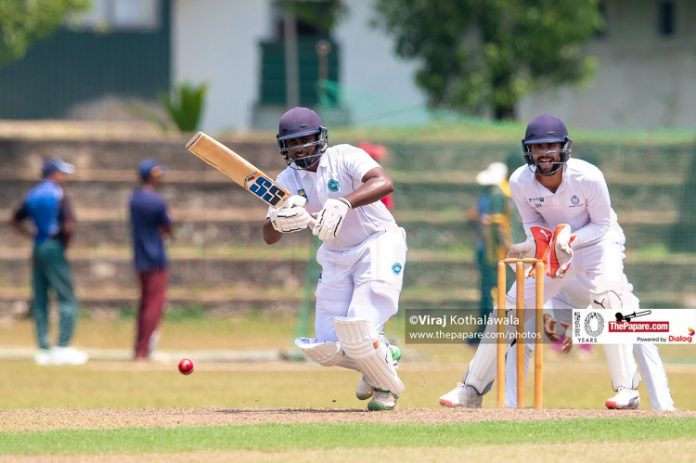 Sri Lanka Navy Sports Club recorded a thrilling win over Galle CC to secure the runner-up position while Lankan CC topped the table beating Bloomfield C & AC on points to be crowned champions in the SLC Tier ‘B’ Tournament 2018/19.

The experienced campaigner, off-spinner Rajeewa Weerasinghe demolished the sailors with figures of 6 for 30. Akalanka Ganegama also chipped in 3 wickets earlier in the game.

It was more surprising when the second-innings of the game unfolded as Galle CC, who were on top of the game, sunk themselves deeper by falling meekly for just 57 runs. Only two men managed to get to double figures, the top score being 13.

Savindu Peiris scripted the upset for Galle CC with a flawless spell at the start of the innings. The left-arm spinner picked up 4 wickets while Dilanka Auwardt accounted for 3 scalps.

Galle CC struck back strong in the second essay as off-spinner, Rajeewa Weerasinghe bagged another six-wicket haul in style to wrap a match-bag of 12 wickets, his career best in first-class cricket. The sailors were scrapped off for 118 runs with a target of 191 to chase down in one and a half days.

After winning the toss, Lankan CC set out to bat first. The batsmen set a firm stage in the game as they piled up 410 runs for the first innings. The new kid in the block, Sawan Prabash amassed 117 runs for Lankan CC. Both Lahiru Dilshan and Lakshitha Manasinghe chipped in with half-centuries.

Three matches of the SLC Major League Tier B Tournament 2018/19 concluded today with….

Former Thurstan skipper, Kasun Abeyrathne led the batting for Bloomfield with 70 runs while Thilan Thushara came late down the order and struck 67 runs to get as close as possible to the Lankan CC’s first-innings score. They ended up at 315 runs. Off-spinner Shifran Muthaliph was the pick of the bowlers for Lankan CC with figures of 4 for 57.

Lankan CC quickly raced to 248 runs for 6 wickets and declared their innings. Opener Sanjula Abeywickrama scored 113 runs with 13 fours and a six.

Spinners Chathuranga Dikkumbura and Sanoj Dharshika picked up 3 wickets each.

With 344 runs to be chased down within half a day, Bloomfield scored 116 runs in 16 overs before deciding to declare. Thilan Thushara hit a 28-ball, 54 runs to no avail.

Lankan CC ended topped the table with the first-innings honours in the game and will be crowned as champions as the rest of the games will not have any effect in the top end of the table.