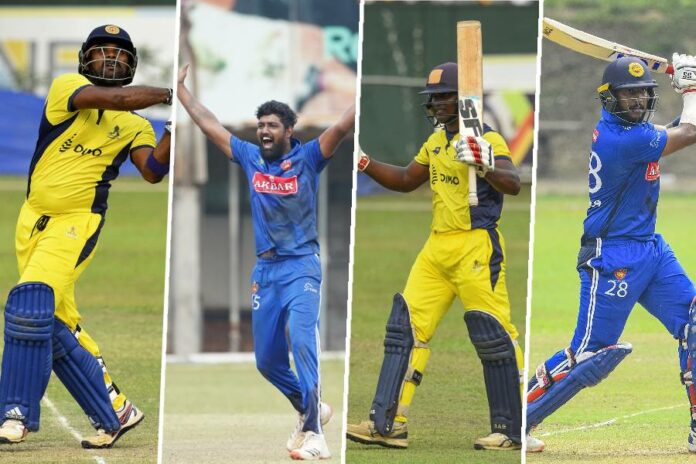 Sinhalese Sports Club (SSC) and Army Cricket Club qualified to the final of SLC Major Club T20 Tournament 2020/21 as they defeated Colombo Cricket Club (CCC) and Kurunegala YCC in the respective Semi-Finals were worked off today at Colombo.

SSC managed to qualify for the final of the tournament as they defeated defending champions CCC in the first semi-final worked off today at NCC Grounds in Colombo. After being put in to bat first, SSC put on a competitive total of 159 runs for 4 wickets on the board thanks to the well-compiled knock made by national capped Avishka Fernando.

Fernando scored 65 runs off 48 balls with 3 fours and 4 sixes at a strike rate of 135.42. Chasing 160 runs to win, CCC got off to a terrible start losing the first 3 wickets for just 6 runs including the in-form batsman Lasith Abeyratne.

Ron Chandraguptha tried to rescue the innings with a knock of 55 runs off 45 balls but it wasn’t enough to prevent CCC from being defeated at the hands of SSC by 32 runs. The left-arm spinner Prabath Jayasuriya one of the leading wicket-takers of the tournament, once again showed his tricks with the ball taking 3 scalps for 16 runs.

The second semi-final was held between Kurunegala YCC and Army CC but it turned out to be a one-sided affair as the soldiers recorded a comprehensive 9-wicket win at NCC Grounds in Colombo.

Having won the toss, the lads from Kurunegala opted to bat first but couldn’t post a significant score on the board as they were restricted to 114 runs for 6 wickets in the allotted 20 overs. The right arm seamer Janith Silva shone with the ball for Army CC picking up 3 wickets for 15 runs.

In reply, Army CC cruised to the victory with ease as they chased down the target in 11.4 overs losing only 1 wicket. Ashan Randika and Seekkuge Prasanna stroked unbeaten half-centuries guiding Army CC to the final of the tournament.