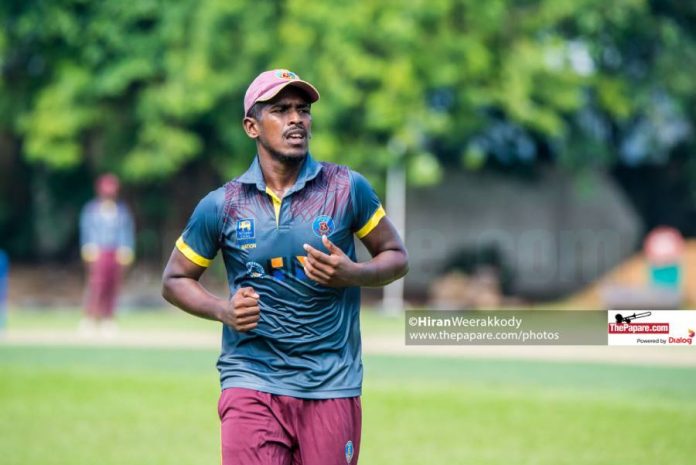 Three Group B matches of the SLC Invitation Limited Over tournament 2019/20 were worked off today in Colombo and Katunayake while Police SC, Galle CC and NCC successfully chased down targets set by their opponents.

Police SC taking on Kandy Customs CC at their own backyard registered an easy 7 wicket win with former Anandian left-arm spinner Asel Sigera starring for them with a 4-wicket haul. After restricting the visitors to 78, the home team cruised towards victory in just 25 overs with Dulash Udayanga and Vinit Indulkar remaining unbeaten on 30 and 26 respectively.

CCC playing their last group game suffered a 4-wicket loss against neighbours NCC who remain on the top of the table with an unbeaten record of 5 wins in 5 matches. NCC’s win was set up by a brilliant bowling effort from 21-year old leg spinner Sachindu Colombage’s 5-wicket haul. Their run-chase was shouldered by skipper Angelo Perera’s unbeaten 66 after the start provided by Pathum Nissanka’s 69. For the home team, Minod Bhanuka starred with the bat, scoring 65.

With all other 3 groups having completed their matches, 3 more games of Group B will be worked off tomorrow to conclude the group stage of the tournament before starting the Quarterfinals.